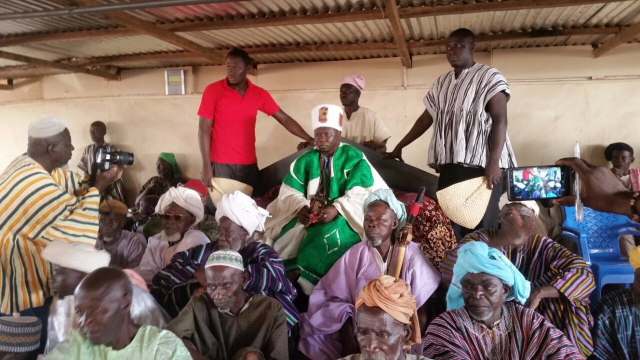 The Andani Royal family in Dagbon in the Northern Region has rejected aspects of the roadmap to peace agreed over two years ago.

The gate has stated categorically that they will not allow the funeral of the late Na-Mahamadu Abdullai to be performed at the Gbewa palace.

The final funeral rites of the late Chief from the Abudu faction has been a point of contention even though the roadmap agreed it should be performed at the palace.

Speaking at a media briefing Sunday to mark the 14th anniversary of the killing of The Overlord of Dagbon, Ya-Na Yakubu Andani II, the Adani spokesperson Basharu Dabali insisted that allowing the Abudus into the Gbewa palace contravenes tradition.

Basharu Dabali noted that “The attack eventually resulted in the murder of Yaa Naa Yakubu Andani and several members of his royal household.”

The family also renewed its call to government to honour its promise to bring to book, perpetrators of the murder of the late Overlord of Dagbon, and 29 others.

Quran recitation was done for the soul of the late Dagbon overlord. They were led in the recitation by the chief imam of Yendi, Alhaji Alhassan Yussif.

Chief's from the Andani family and sympathizers were all in attendance.