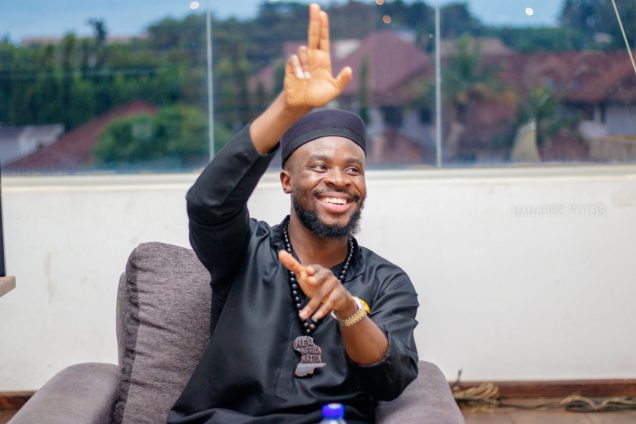 Afrobeats pioneer, Nana Richard Abiona, known as Fuse ODG, said he is thrilled to have had a decade-long relevant career in music.

The singer made this comment in a tweet celebrating his career in the industry expressing his gratitude for the support given him.

On October 28, he wrote; “Jheeze, exactly today marks my 10 years in the industry…chai!!! Grateful for all of the support…”

Jheeze..exactly today marks my 10 years in the industry…chaiiii! Grateful for all of the support!! What's been your favourite song from me? #10YearsOfFuse

In the post, Fuse also asked fans to name their favourite work from his catalogue.

He became and his song Azonto became in 2011 when Azonto the dance trend had swept the country.

Prior to the release, FuseODG said had an awakening.

Frustrated with his experiences growing up in south London, he decided to take a trip to Ghana, the country of his birth. “I saw a whole new Africa that I had never seen on TV,” he says. “You’re just a human here, you don’t feel like a minority. It feels like home. That’s the energy I got from coming back: peace of mind.”

That trip was a catalyst for what happened next: a string of hit Afrobeats singles that melded old African highlife rhythms with western rap and R&B melodies.

After his trip, Fuse decided to put Ghana at the forefront of his music, taking the local Azonto dance to a global audience. The dance is a rhythmic thrusting and jerking of arms, ankles and hips that he packaged into a viral hit single of the same name.

Subsequent singles, Million Pound Girl and Dangerous Love, reached the UK’s Top 5. The continent now informs everything he does.

“I love myself more now,” he says. “Africa has done that for me. And if you love yourself, you’ll be able to love other people; you value them how you value yourself.

He released the single “Million Pound Girl (Badder Than Bad)” on 29 December 2013.

His debut album, T.I.N.A., an acronym for “This Is New Africa”, was released on 3 November 2014 and includes all five singles, the album peaked at number 25 on the UK Albums Chart, the album also peaked to number 63 in Scotland.

Fuse ODG turned down an offer to sing on the Band-Aid 30 project because he objected to the way the lyrics of the song portrayed the victims of the ongoing Ebola virus epidemic in West Africa, and Africa generally.

In April 2015 he featured on Tinchy Stryder’s single “Imperfection”. In July 2015 he released the single “Only”. He features on Angel’s single “Leyla”.

In 2016, he collaborated with British Asian artist Zack Knight and Indian rapper Badshah. They came together and composed an African/Indian soundtrack, Bombae.

Currently, with his record label Off Da Ground Record, he manages Ghanaian songstress Feli Nuna. He recently released Winning, On a million and Jekka.

DISCLAIMER: The Views, Comments, Opinions, Contributions and Statements made by Readers and Contributors on this platform do not necessarily represent the views or policy of Multimedia Group Limited.
Tags:
Career
Celebration
Decade
Fuse ODG
Music