‘Galamsey’ fight: We’ll go to court only if negotiations with government fail – Association of Small-Scale Miners 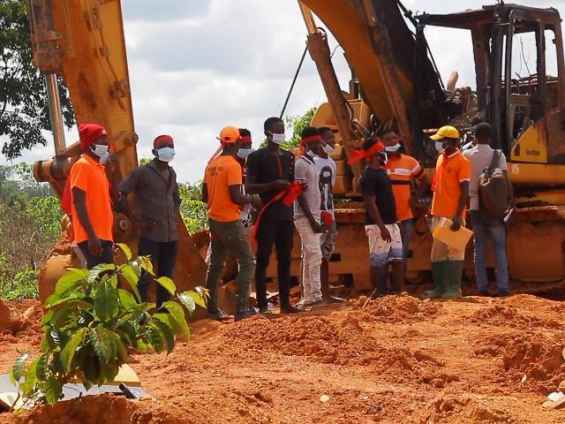 The Ghana National Association of Small-Scale Miners says it would only seek redress in court should the ongoing negotiations with the government on its measures to combat illegal mining prove unsuccessful.

Spokesperson for the Association, Abdul Razack Alhassan made this known during an interview on Joy FM after President Akufo-Addo on Wednesday morning dared affected parties to vindicate their position of any “illegal” move by the government in court.

“We have three arms of government which are the Legislature, Judiciary and the Executive so if that is the position of the Executive that this is the way to go, I think we as Small-Scale miners too will talk to our lawyers to test the law, whether what he is saying is true.

“[Will we see the Association in court?] If the need be. We are using all the avenues, we are engaging the government. If it will be necessary for us to go to court, we are ready to go,” he stated.

He stated that negotiations are currently being held between the Association and Lands Minister Samuel Abdulai Jinapor to address the burning of excavators owned by some of its members during Operation Halt.

Furthermore, he revealed that they have been assured of a resolution to the matter by the Minister.

“He has given us the [assurance] that he will engage with that concessioner to see the way forward. That is why I said, we will use all the avenues, when we are exhausted with them and we are not getting the headway, we will move to court,” he said.

President Akufo-Addo earlier today defended the drastic measures taken by his government to end “galamsey” operations in the country.

According to him, the state agencies are in the right for destroying confiscated excavators from individuals and companies found mining in water bodies and forest reserves despite its ban.

“I know there are some who belive that the ongoing exercise of ridding our water bodies and forest zones of harmful equipment and machinery is unlawful and, in some cases, harsh.

“I strongly disagree, and I would advise those who take a contrary view to go to court to vindicate their position, if they so wish. That is what the rule of law is all about,” he stated.

His comments, Abdul Razack Alhassan says, contradicts earlier communique issued by the government which never made mention of the burning of excavators and mining equipment as a measure to be employed by the military.

“Everything has been cleared to us today to we as small scale miners because the initial communique we had, the direction was not to burn excavators but today, it has become clear from the President himself that he is ready for any action towards the court.”

Meanwhile, some small scale miners in the Ashanti Region have threatened to sue the government over the burning of excavators owned by their members.

They say these actions by government hold no legal basis.