Game of Thrones stars Kit Harington and Rose Leslie have married at a ceremony in Aberdeenshire.

The couple – who played on-screen lovers Jon Snow and Ygritte – met on the fantasy show in 2012. 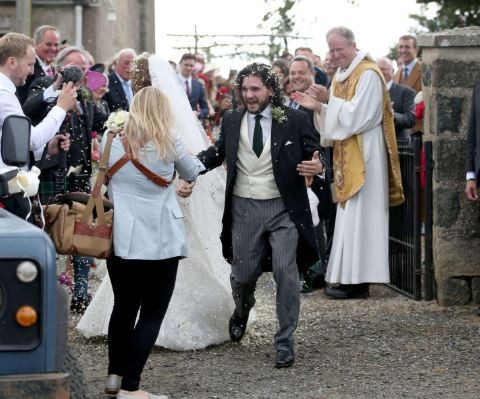 Guests lined the path outside Rayne Church, near Inverurie, showering the newly-weds with flower petal confetti.

The couple then got into an old Land Rover decorated with paper hearts and tin cans as they drove to the reception at nearby Wardhill Castle. 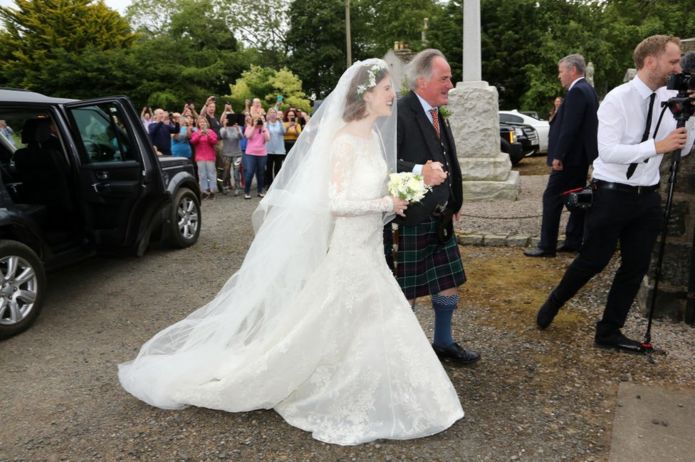 Rose Leslie arrived at the church with her father

Earlier the bride and groom, Harrington dressed in a morning suit and the bride in a flowing ivory dress and veil, had greeted dozens of fans and other wellwishers.

The reception was held in the grounds of Wardhill Castle, which is owned by the actress's father, Seb Leslie. 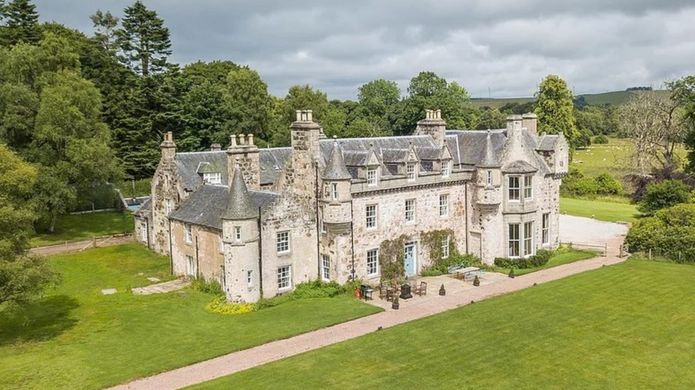 The couple held their reception at Wardhill Castle in Aberdeenshire

The engagement was announced last September.

The actress grew up in Aberdeenshire before moving to London to pursue her career.

The couple have often been seen together in the north east of Scotland.

The 23 June date was posted at the Huntly registration office last month. 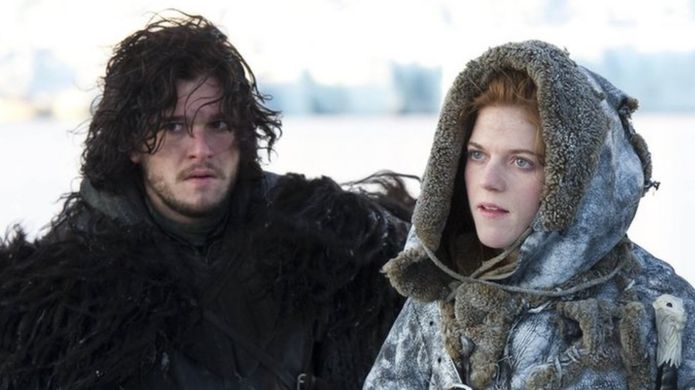 Kit Harington plays Jon Snow in Game of Thrones, and Rose Leslie played Ygritte
Leslie left the cast two years after they met, while Harington has appeared in every series of the popular TV drama, becoming one of the show's biggest stars.

Harington told L'Uomo Vogue it was "easy" to fall in love with his co-star.

He said his best memory of the show was three weeks in Iceland when they filmed the second season. 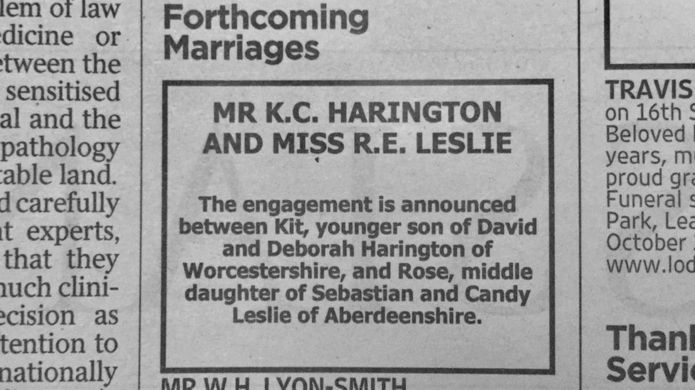 The couple's engagement was announced last year
"Because the country is beautiful, because the Northern Lights are magical, and because it was there that I fell in love," he recalled.

"If you're already attracted to someone, and then they play your love interest in the show, it becomes very easy to fall in love." 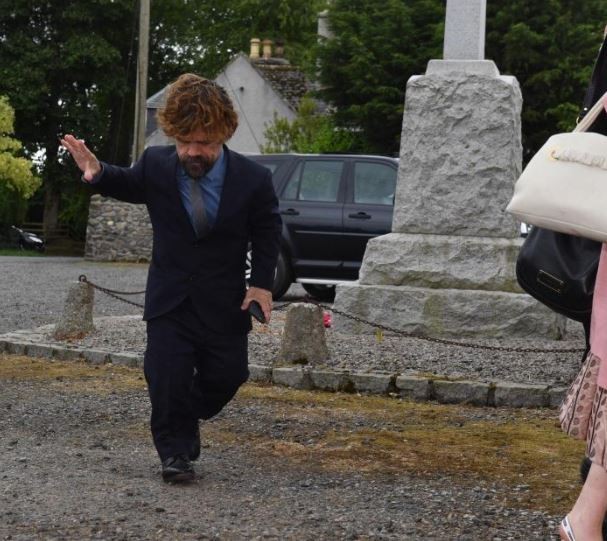