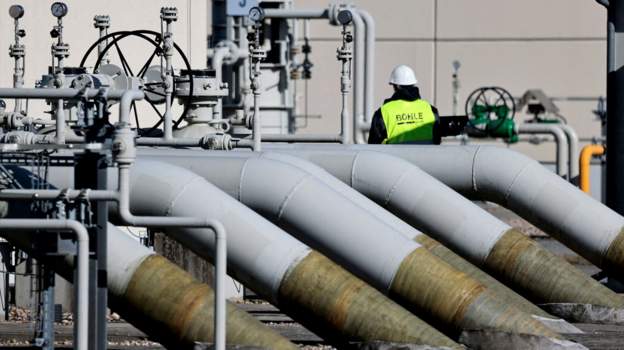 It is clear whoever takes over as prime minister will have to do something with ever-rising energy prices, especially with the volatility of the gas market since Russia’s invasion of Ukraine.

Wholesale gas prices in the UK and Europe have risen sharply this morning, following Friday’s news the Nord Stream 1 pipeline from Russia to Germany would be suspended indefinitely.

The benchmark gas delivery contract for October jumped by as much as 26% on Monday morning, but dropped back afterwards.

The rise follows the market’s first chance to trade following the decision to shut down the crucial pipeline over claims from Russian state-run gas firm Gazprom that maintenance was needed on an oil leak.

Flows through the pipeline had already been dramatically reduced form normal levels in recent weeks.

European ministers have accused Russia of weaponizing gas supplies by deliberately restricting exports to Europe in the run-up to winter, in order to push up costs for consumers and businesses.

Wholesale gas prices have been extremely volatile recently, falling sharply last week when Germany announced its storage facilities were filling up faster than expected – but are still over five times higher than the same time a year ago.

Even though the UK imports very little gas from Russia, the rapid rise of global prices raises costs for the UK and many other countries who import energy, regardless of the source.

DISCLAIMER: The Views, Comments, Opinions, Contributions and Statements made by Readers and Contributors on this platform do not necessarily represent the views or policy of Multimedia Group Limited.
Tags:
Gas
Pipeline
Russia