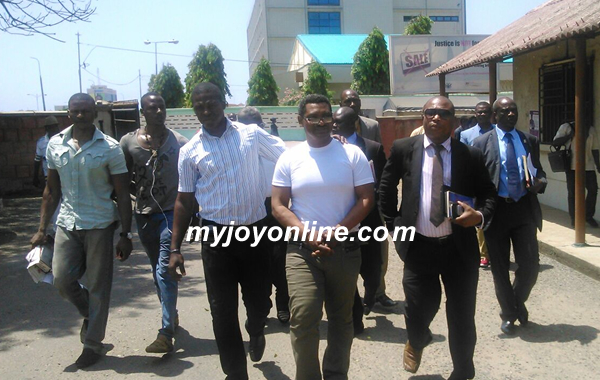 Lawyers defending the Takoradi based doctor accused of sodomising a minor, on Wednesday subjected the victim to a grilling cross examination, Myjoyonline.com has learnt.

The cross examination was held in-camera at the Circuit Court 5 because the victim is a minor.

Dr. Sulley Ali-Gabass is facing two counts of defilement and having unnatural carnal knowledge of the alleged victim contrary to sections of the Criminal Code.

He has pleaded not guilty to the charges.

The Takoradi based doctor was arrested and charged following a Joy News investigation carried out by Manasseh Azure-Awuni in which Dr. Gabass was accused of sodomising the 16-year-old victim.

The victim claimed he was sodomised on five different occasions by the man, whom he considered a mentor.

He has also contracted the deadly HIV, but Dr. Gabass says he is not to blame for the disease.

The court after the cross-examination of the victim is likely to invite a new witness for the prosecution.