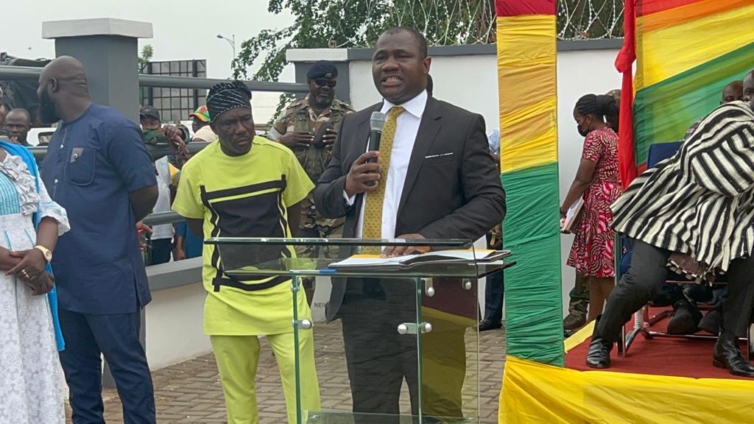 GCB Bank PLC has opened a new branch in Nalerigu, the capital of the North East Region of Ghana, making it the first universal bank in the country to set up a branch in the region since its creation a few years ago.

The Nalerigu branch brings the Bank’s total branch network in the northern sector to 20 and 185 nationwide excluding several agencies.

Speaking at the launch of the branch, Emmanuel Odartey Lamptey, Deputy Managing Director of Operations, GCB Bank PLC, explained that Nalerigu plays a strategic role in the North East Region and as Ghana’s first indigenous bank, is committed to deepening financial inclusion, it was the responsibility of GCB to bring safe, convenient and competitive banking products and services to the people of Nalerigu and surrounding communities.

“Since the establishment of GCB Bank 69 years ago, it has been our constant endeavour to support the economic growth of Ghana by providing convenient and competitive banking products and services to all clients including micro and small enterprises, retail traders, small and marginal farmers as well as private and public sector organisations no matter where they are,” he explained.

“Nalerigu has great potential and is the heartbeat of several economic activities, ranging from farming to several formal and informal SMEs.

“It is also home to several government departments and agencies as well as educational institutions and health facilities like the Baptist Medical Centre which serves both the people of Northern Ghana and patrons from Burkina Faso.

“All of these institutions require safe, swift and convenient banking services and GCB Bank is happy to offer the necessary partnership to help individuals, businesses and institutions in Nalerigu to reach their full potential through unique and accessible financial solutions,” he added.

“On the Bank’s performance, Mr Lamptey explained that GCB Bank’s strong performance over the years has been supported by the bank’s wide branch network, strong customer base across the country and unique digital solutions. Our ambition is simple, and it is to dominate the market,” the Deputy MD stated.

The Vice-President of the Republic of Ghana, Dr Mahamudu Bawumia who joined the Nayiri (overlord of Mamprugu) and the Board and Management of GCB Bank to officially launch the branch, commended GCB Bank for the strategic role it plays in driving the country’s socio-economic agenda.

He added that GCB’s strong financial performance since its inception 69 years ago is a testament that Ghanaian institutions can excel consistently at the highest level.

Dr Bawumia commended GCB Bank for its leadership in the banking sector and stated that GCB Bank has made history as the first bank to establish a branch in Nalerigu. “It is a memorable day, and we shall never forget,” he stated.

“The creation of the new regions is not only to ensure decentralization and expand development, but it is also to create a new sense of inclusion. The establishment of the first bank in Nalerigu is a direct result of the creation of a new region,” he explained.

The Vice-President explained that one of the goals of government’s digitalisation drive is to formalize and de-risk the lending ecosystem through the creation of a reliable and credible national identity system.

Dr Bawumia commended GCB Bank for its vision and innovation in the digitalization space by being the first Bank to establish a mobile money wallet dubbed G-Money in 2020.

“I have followed the progress of G-Money with keen interest, and I am impressed with the strides it has made within this relatively short period. One such important strategic move is the integration with firms to facilitate the transfer and receipt of funds in the cocoa farming and purchasing ecosystem using the G-Money platform. Such moves feed into the Government’s agenda of making Ghana a cash-lite society” – he added

He explained that the establishment of G-Money provided the inspiration for GhanaPay, which is a wallet developed for the entire banking industry.