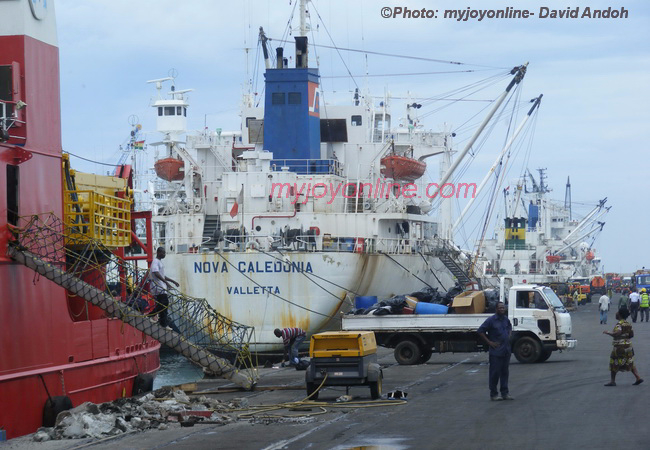 The Ghana Community Network Services Limited has announced the commencement of preparation towards the implementation of the First Port Duty Rule Policy.

The First Port Duty Rule is a policy intervention from government as part of the far-reaching reforms to bring about efficiency at Ghana’s ports.

Its objective is to deepen trade facilitation and enhance revenue mobilisation while effectively addressing a loss of revenue due to the diversion of goods to the local market.

It will allow neighbouring Custom authorities to have a presence in Ghana’s ports to facilitate the free movement of goods and the proper monitoring of port activities.

This policy was first announced by the Vice President, Dr. Mahamadu Bawumia at the 39th Council Meeting and Conference of the Ports Management Association of West and Central Africa in Accra in June 2018.

According to the Head of Communications at GCNet, Aba Lokko, the expected outcome of the policy intervention is an assurance that transit goods routed through Ghana’s ports end up at the right land-locked destination other than in Ghana.

She explained that a proposed process flow on the integration of processes and systems developed by GCNet is currently being reviewed by GRA-Customs and other stakeholders involved.

Mrs. Lokko was optimistic that the policy when successfully rolled out, will discourage the diversion of goods which result in the non-payment of duties and taxes for development.

“Ghana is in the middle of landlocked countries and that calls for the integration of processes and systems (electronically) to facilitate the smooth implementation of the policy to kick start on March 1, 2019”, she further noted.

As a technical partner to the Ghana Customs, GCNet has been at the forefront of facilitating the integration of processes and systems between the Burkina Faso Customs and Ghana Customs.

It has also facilitated a similar transit data exchange programme between the Customs Division of the Ghana Revenue Authority (GRA) and its Ivorian counterpart to boost the business competitiveness of the two countries.

Mrs. Lokko said GCNet hopes to work with GRA to replicate the exchange programme in Togo and Benin as a way of deepening compliance.

According to players in the industry, the move is as a viable avenue for duties on goods destined for Burkina Faso, Mali and Niger to be paid in Ghana as a way of curbing smuggling, while checking dumping of goods destined for neighbouring countries in Ghana.

Analysts believe that to enhance international trade between Ghana and its trading partners, it is imperative that Ghana follows in the footsteps of Kenya and Tanzania who are already benefitting from the execution of a similar policy initiative, known as the Inter-Country Data Exchange on Transit.