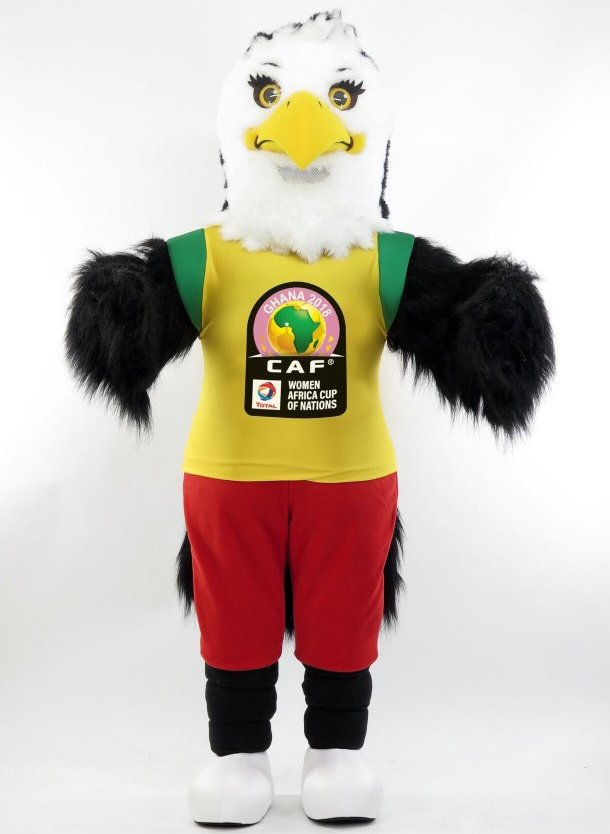 The Local Organizing Committee has unveiled the official mascot for the 2018 Africa Women's Cup of Nations in Ghana.

The mascot is an Eagle and has been named 'Agrohemaa'.

Sports Minister Isaac Asiamah explained the Eagle was chosen as the mascot because it symbolizes courage, strength, focus and immortality.

The short ceremony was held at the Alisa Hotel in Accra.

Also, the LOC announced the official website for the tournament www.afconwomenghana.com while an official tournament song was also revealed. The song is composed by Wiyaala, Grace Ashley and evergreen Akosua Agyapong.

The 11th Africa Women’s Cup of Nations will run from 17 November- 1 December in Accra and Cape Coast.

The tournament will also serve as a qualifier for the 2019 FIFA Women’s World Cup finals in France.