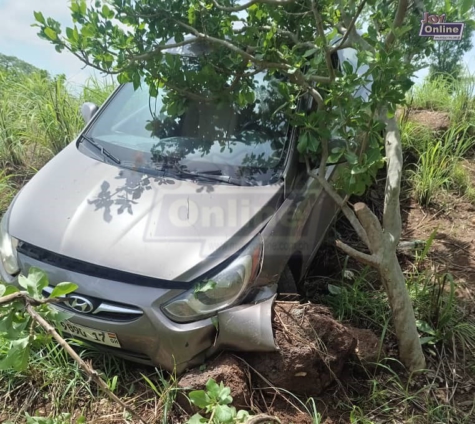 The Ghana Bar Association (GBA) has placed a GH₵20,000 bounty on the armed robbers who shot and killed an Accra-based lawyer on the Bole-Bamboi Highway in the Savannah Region.

According to the Association, “anyone who volunteers credible and legitimate information that will lead to the arrest and prosecution of the perpetrators of the crime,” will be rewarded.

The deceased, Richard Badombie, was heading for Jirapa in the Upper West Region with three family members when they were stopped by three men who immediately shot him in the wee hours of Saturday.

After hearing the news, the Association in a statement said the death of their colleague is heartbreaking.

“The GBA would wish to commiserate with the families and colleagues of Richard Badombie and the families of all persons who have lost their lives as a result of armed robberies and other violent crimes.”

GBA, therefore, appealed to the security agencies to carry out “a swift and thorough investigations on the incident in order to identify the perpetrators of this heinous crime and make them face the full rigours of the law.”

GBA further assured its members that the Association will do everything within its power to ensure the arrest and prosecution of the perpetrators of the crime.

Acknowledging that crime rates and violent attacks in various parts of the country have sharply increase, the GBA asked the security agencies to intensify activities and programmes aimed at drastically reducing the crime rate in the country, especially armed robbery and other violent crimes.

“The GBA also entreats the security agencies to enhance the education of the general public on crime prevention and detection with a view to awakening the security consciousness of the citizenry.

“The GBA further urges the security agencies to intensify the protection of all persons living within the territorial borders of the Republic of Ghana so that they can feel safe and go about their daily activities and businesses in peace without the slightest sense of insecurity,” the Association noted.

Meanwhile, the police have arrested three suspects, including Benin and Mali nationals in connection with the murder of the lawyer.