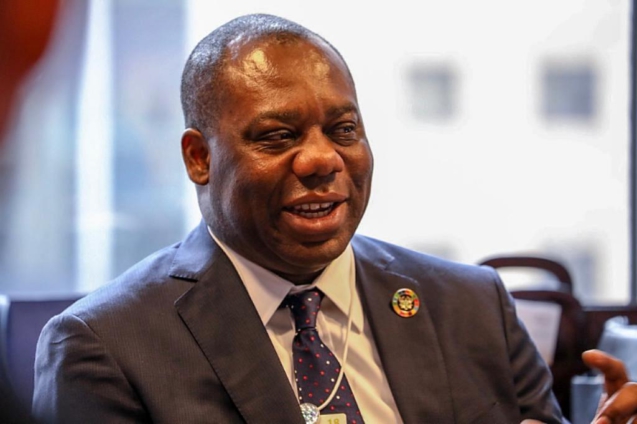 The SREP Investment Plan is key to the Government’s strategy aimed at unlocking financing opportunities to accelerate the development of a sustainable renewable energy sector.

Speaking at the opening of the Seventh Ghana Renewable Energy Fair in Accra, Dr Opoku Prempeh said that just last month, they had experts from the African Development Bank and the Swiss Government in the country to undertake the SREP Project Preparatory Appraisal Mission.

He said the Ministries of Energy and Finance were working around the clock to address the observations and recommendations by the Mission as soon as possible.

“All things being equal, we are poised to commence full implementation of the SREP by the second quarter of 2022,” he stated.

Dr Opoku Prempeh noted that the SREP programme would provide opportunities to both the public and private sectors in the deployment and use of renewable energy in the country.

The Minister said the SREP would also contribute significantly to the attainment of our last mile electrification goal by 2025.

“I want to thank the Swiss Government acting through SECO for funding the construction of three new mini-grids to be fitted with state-of-the-art Lithium Battery storage systems in the Ada East District,” he said.

“This project is ongoing and I urge the contractor and the Renewable Energy Team of the Ministry of Energy to increase their speed to complete the project as scheduled.”

The Minister said three island communities – Alorkpem, Aflivie and Azizakpe were going to be the beneficiaries of these projects.

He said in recognition of the fiscal constraints facing the energy sector, they had taken decisive actions to address them head-on in order to create space for low a carbon development initiative in the country.

He said the government was addressing these and other challenges by committing resources to critical areas of the energy sectors and reducing the wastage through the implementation of policies such as the Cash Waterfall Mechanism (CWM), the Energy Sector Recovery Programme (ESRP) as major interventions for rebuilding the foundation for a financially sustainable and efficient energy market.

“As we restore the sector to fiscal balance coupled with the positive economic outlook of the country, I believe strongly that renewable energy will flourish,” he stated.

According to him, government appreciates the difficulties market actors in the energy sector were facing as a result of the moratorium on all power project activities in the country.

“We are fast-tracking our actions particularly renegotiation of existing power purchase agreements (PPAs), reviewing of the renewable energy licensing situations and “very soon, I mean very soon”, the Ministry of Energy would be announcing new directives to ensure that existing and selected new projects that are bankable in both private and public sectors can move forward.”

Dr Opoku Prempeh assured that they were exploring critical growth sectors of the economy that would spur demand for electrical power in the country as a measure to address the excess generation capacity constraints. Notably is the launch and promotion of the Drive Electric Initiative (DEI).

He said the DEI would create productive demand in our electricity sector and increase demand for both grid and off-grid renewable energy power systems in the country.

He said the Ministry of Energy would work with the Ministries of Finance and Transport to ensure that the needed fiscal incentives were provided for the DEI especially, a scheme to grant some tax waivers on electric vehicles.

Chairman of the Governing Council of the Energy Commission, Professor Ebenezer Oduro Owusu said the Ghana Renewable Energy Fair, which was now in its seventh year, aims at providing a platform for collaboration between the Government, the private sector and the civil society in the renewable energy industry for the promotion of renewable energy.

DISCLAIMER: The Views, Comments, Opinions, Contributions and Statements made by Readers and Contributors on this platform do not necessarily represent the views or policy of Multimedia Group Limited.
Tags:
Dr Matthew Opoku Prempeh
Energy Minister
Scaling-up Renewable Energy Programme (SREP)