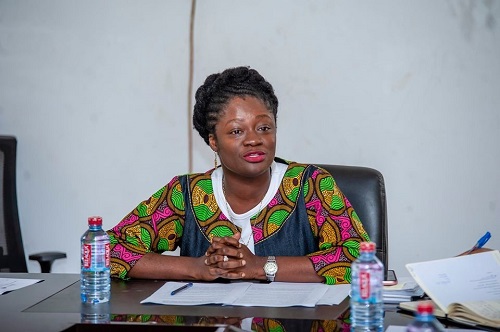 The Ghana Enterprises Agency has inaugurated a technical committee with the mandate of helping deal with the challenges of access to finance in the Micro, Small and Medium Enterprises in the country.

The ‘Access to Finance Committee’ is made up of selected experts from the Ministry of Finance, Ministry of Trade and other relevant state institutions aimed at supporting micro businesses to access finance to develop their trade.

Speaking after the inauguration in Accra, Chief Executive of the Ghana Enterprises Agency, Kosi Yankey-Ayeh said the committee will serve as a bridge between fund managers and MSMEs applying for credit.

“It is about time we support MSMEs to move from one stage to another and become giant companies that would contribute more to the economy by not only paying bigger taxes but reducing the nation’s unemployment numbers”. Kosi Yankey-Ayeh said.

She added that the GEA has through research noted that the growth path of MSMEs deteriorated for a long time due to their inability to access cheap funds to inject into their operations. In some instances, she said the businesses collapsed, as a result.

The committee which comprises representatives from some stakeholder groups within the MSMEs sector has a one-year renewable mandate of providing guidance and support to the Financial Service Department (FSD) of the GEA as it implements access to finance related interventions.

The CEO said the setting up of the committee was based on research findings that had identified the lack of access to finance and information as the main challenges confronting the MSME sector.

According to her, in rising up to the challenge, the GEA decided to set up the committee to look into designing interventions that would be implemented by the FSD to solve problems of financial inclusion, financial literacy and access to finance as a whole.