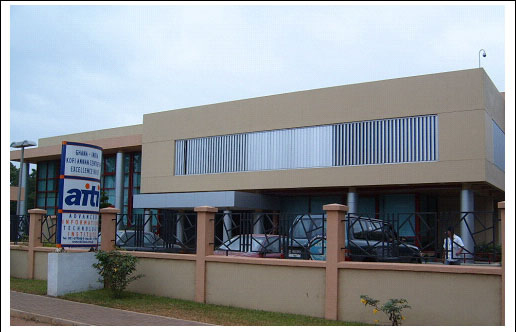 It has emerged that the Ghana-India Kofi Annan Centre of Excellence in ICT, an agency under the Communications Ministry has spent more than ¢2 million of its Internally Generated Funds without Parliamentary approval.

According to the Auditor-General’s (A-G) report for 2018, the amount represents 84% of the total IGF by the Centre.

The report says the Centre paid ¢400,000 representing 16% of the monies collected between January and December 2017 into the Consolidated Fund account.

It then retained “¢2,094,002.07 representing 84% and utilised it without seeking Parliamentary approval.”

This, according to the report, breaches the Financial Administration Regulations passed in 2014.

“Any person who makes payment from monies collected in contravention of sub-regulation (1) is in breach of financial discipline as defined in Regulation.”

However, the Auditor-General’s report says the management of the Centre in its response said, they utilised that part of the Internally Generated Fund due to inadequate budgetary allocation.

The A-G has, however, recommended that management refunds the total amount spent without approval into the Consolidated Fund Account.

“We advised management to desist from the use of IGF without Parliamentary approval,” the report said.

What else did the report say?

The Auditor-General has meanwhile, recommended that an embargo be placed on the allowances of deceased pensioners.

This follows the revelation that more than ¢236, 000 were wrongfully withdrawn by relatives of deceased pensioners.

The A-G, Daniel Domelevo in his report noted that the disbursement of monies to the accounts of the deceased pensioners is birthed from the failure of the relatives of the deceased notify the Municipal Treasury Departments of their passing.

The report has recommended that the said relatives should refund the monies.