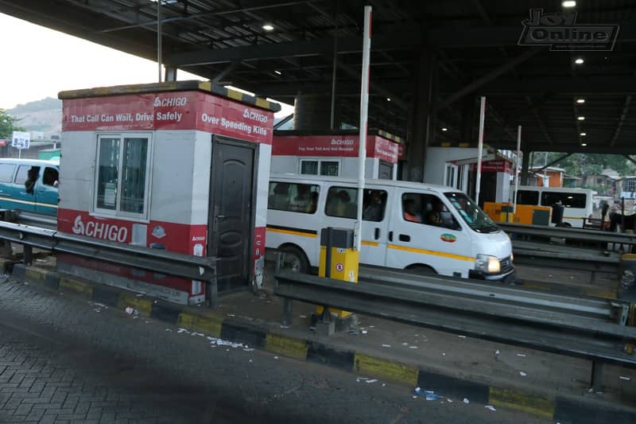 Ghana is projected to lose ¢10 million in road tolls from now to the end of the year following the suspension of its collection by the sector Minister.

That’s according to the Ranking Member of Parliament’s Roads and Transport Committee, Kwame Agbodza.

Speaking on the sidelines of a post-budget workshop at Ho in the Volta Region, the Adaklu MP described the 2022 budget as a mess and said the Roads and Highways Minister could be cited for willfully causing financial loss to the state.

“Out of populist behaviour, the Roads Minister illegally as I always said, a lawyer who breaks the law with impunity illegally decides to suspend the collection or cancel road tolls. The Minister of Finance pretends they can’t see, hear, or do anything about it but since the Roads Minister embarked on this illegality, the Finance Minister says nothing.”

“I can tell you projected to the 31st December, we are going to lose GHS10million in terms of road toll so how come government or the Minister of Finance wants everybody to tighten their belts everybody to contribute more but the one we have approved for you, you are allowing the Road Minister to squander or to prevent you from getting. Ghana is projected to lose ¢10million in road tolls from now to the end of the year following the suspension of its collection by the sector Minister,” he said.

According to him the monies that would be lost from the road tolls by December this year, could have been used to build at least 20 CHPS compound facilities in the rural setting.

“Even if the Road Minister doesn’t need it [road toll] at least the Ministry of Health will require that money to build at least 20 CHP compound for we who live in the rural communities… Tell me where each of those individuals who have lost their jobs at the toll booth will go tomorrow morning, Monday morning. So the budget is a mess.”

Meanwhile Finance Minister, Ken Ofori-Atta says the inconvenience and environmental pollution created by the tollbooths may not be commensurate with revenue generated.

He spoke to JoyNews after interacting with some exhibitors at the ongoing Volta Fair at the Ho Sports Stadium.

“Frustration, when you are just going to work, I think the relief is palpable you know. Our poorest people are in the ‘trotros’ etc standing at that place being populated, markets being created that should not be. So for me yes for me I think it is a call that we have to think through. Truly, for me personally the issue of pollution, the issue of loss of productivity makes more than GHS10million,” he said.