Ghana to work faster ahead of roadmap for nuclear power generation 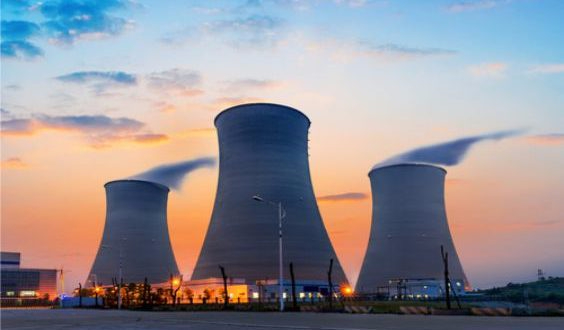 Director-General of the Ghana Atomic Energy Commission (GAEC), Professor Benjamin Jabez Nyarko, has assured Ghanaians of his outfit’s commitment to work ahead of the roadmap for developing a comprehensive Nuclear Power Programme (NPP).

He said this would be possible if the Commission received the needed financial support as quickly as possible, to enable it develop the various stages of activities to meet all the requirements prior to undertaking the construction and operation of a Nuclear Power Plant for electricity generation.

He said Ghana was almost through with the first phase of the three milestone approaches set by the International Atomic Energy Agency (IAEA) for the establishment of a NPP, following the successful peer review of the status of all the 19 infrastructural issues involved in the first phase by an Integrated Nuclear Infrastructure Review (INIR) Mission, of which a report to that effect had been presented to the Ministry of Energy.

He, however, indicated that although the development of a NPP was more political than physical science, as far as Ghana was concerned there had been solid commitments from both successive and present governments, to sustain the country’s agenda of introducing nuclear power into its energy mix.

Prof. Nyarko, gave the assurance at an Editor’s forum in Accra, as part of the scheduled activities to commemorate the annual Africa Scientific Renaissance Day, which was on the theme: “Promoting Science, Technology and Innovation for Sustainable National Development”, being organised under the auspices of the Ministry of Environment, Science, Technology and Innovation (MESTI).

He said by hosting this year’s event, GAEC aimed to use the opportunity to highlight the strides made in the introduction of nuclear power in Ghana’s energy mix, and also the developments made so far in its Space Science and Technology with the near completion and commissioning of a National Radio Astronomy Observatory later in the year at Kuntunse near Accra.

He said considerable progress had already been made in the development of the country’s nuclear power infrastructure among others, for the first Phase of the project.

However, based on the recommendations and suggestions by the INIR Mission, Ghana was advised to complete all the required studies, to enable the government to make a knowledgeable commitment to pursuing the NPP.

This, the Director-General said included an update of the national energy planning projections; Analysis of the feasibility of incorporating a nuclear power plant (NPP) into the national and, or West African electrical grid; Completion of ongoing siting studies to identify candidate sites, Finalization of the review of existing environmental protection framework as well as a Survey of public perception and receptiveness of nuclear power.

He said the country was also required to ensure that appropriate resources, particularly funding, were available to complete all remaining activities, while it assessed the adequacy of the legal framework, that is the Nuclear Regulatory Authority’s (NRA) Act 2015, (Act 895), for nuclear power generation.

Prof. Nyarko said it was also recommended that further analysis and developing of a broader range of options for financing nuclear fuel cycle and industrial involvement be made, in order to be well informed during discussions with vendors and other potential partners.

The INIR report, he said urged Ghana to elaborate its national human resource strategy for the NPP, develop a structured stakeholder engagement plan, while continuing to implement its short-term activities, and also to prepare itself for early Phase Two activities including discussions with vendors and other potential partners.

Mr Eric Aggrey, a Research Scientist and Manager at the Ghana Space Science and Technology Institute, GAEC, explained that the Africa Scientific Renaissance Day, which was instituted by the African Union, presented the opportunity to remind African governments and the people about the critical role that science and technology played in national development, and also remember the great contribution of the continent to the rise and development of these disciplines in the contemporary age.

He said Ghana was about to commission the biggest Telescope facility for radio astronomy in Africa, aside that of South Africa, and gave highlights on the activities of the Institute so far, dwelling much on the achievements of Ghana in terms of human resource capacity development.

He said the Institute was also engaged in International collaborations and Projects, training about 60 Ghanaians under the Royal Society-DARA- Development in Africa with Radio Astronomy.

He said the country was currently on the spotlight and a lot of spin-offs due to its achievement in radio astronomy with the new telescope heralding the Pan-African Square Kilometre Array, where it would join other partners to build smaller satellites on at least one square kilometre or 150 plots of land for further research.