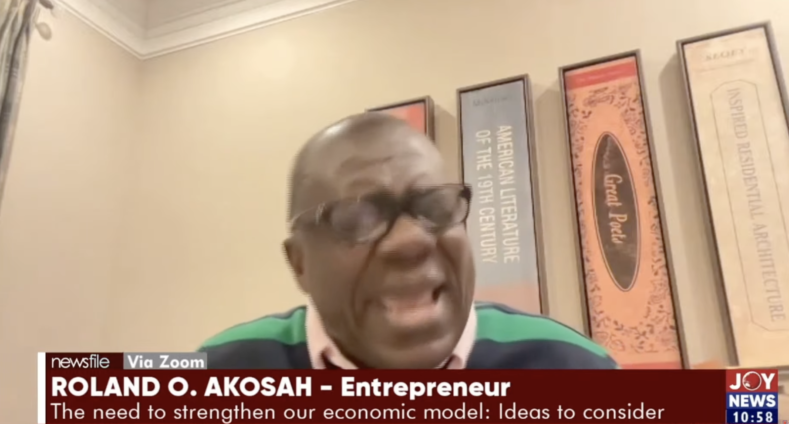 According to him, the high depreciation of the cedi in the past months is merely evidence of the unbalanced and weak economic model the country has been saddled with since 1980.

He noted that while the fad for particularly developing countries in the 1980s was to implement a free market system, most countries like Ghana were not adequately prepared to match the demands of a free market economy.

“Our beloved country was open for business. We were goaded and helped along the way by our international development partners – with ample cash and effusive accolades. In time, every conceivable consumable good would be available on our markets,” he said.

Mr. Akosah said while the supply of foreign goods in the country had spiked, the country’s economic policymakers had failed to develop the local export market to match the importation of goods.

“Our choices have been consequential. The success of our economic reforms has always rested on a simple predicate. We should be able to export highly valuable goods and services to our trading partners, even as we import massively from them. Regrettably, this hasn’t been the case.

“Hence, our economy fails to create jobs, at decent, livable wages. Youth unemployment is sky-high. The Ghana Cedi continually plummets in value. Our nation is riven with implacable inequalities – in the distribution of wealth, and, thus, in living standards. All this threatens our national cohesion and heralded democratic enterprise,” he said.

The Entrepreneur believes that while the country can still be salvaged, there is the need for a concerted, unified approach to addressing these crippling weaknesses to stabilize the economy and transform the country for the better.

“First and foremost, we must acknowledge the fact that our economy is in a state of unsustainable imbalance. Forebodingly, it could pivot towards disarray and utter disrepair. More importantly, we must explore the opportunities that are inherent in our current circumstances. The good news is that there are policy tools with which to stabilize our economy.

“A cautionary note is in order: palliatives won’t pass muster. What we require is an adroit, depoliticized repair works – such as we would likely deploy if our country were attacked by a foreign enemy. Our ruling elites and the people of Ghana should marshal the courage of conviction to rally our nation to do battle, ultimately, against poverty, a mortal enemy, who takes no hostages, and cares less about political party allegiances,” he said.

DISCLAIMER: The Views, Comments, Opinions, Contributions and Statements made by Readers and Contributors on this platform do not necessarily represent the views or policy of Multimedia Group Limited.
Tags:
Free market economy
Roland Akosah