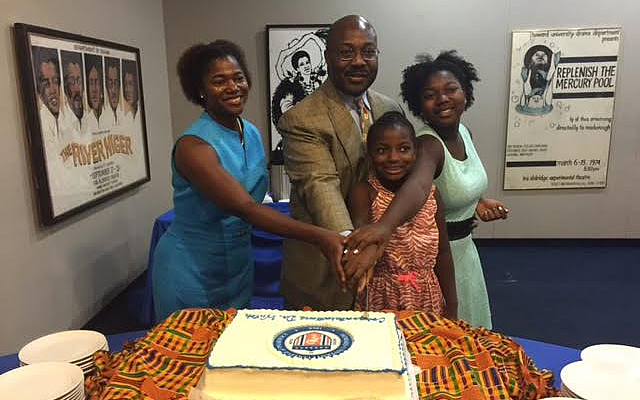 A Ghanaian academic, Dr. Anthony K. Wutoh, has been appointed the new Provost and Chief Academic Officer of Howard Univeristy in the United States.

Until his appointed, Dr. Wutoh had been the Dean, College of Pharmacy and Assistant Provost for International Programmes of the University.

He has been teaching at University of Howard since 1996.

A letter signed by the President of the University, Wayne A. I. Frederick, eulogised the Ghanaian for his contribution to the university since arriving there as an Assistant Professor in 1996.

The June 22 letter addressed the University of Howard Community reads:

I am pleased to announce the appointment of Dr. Anthony K. Wutoh as Provost and Chief Academic Officer of Howard University. Dr. Wutoh previously served as Dean, College of Pharmacy and Assistant Provost for International Programs. As Provost and Chief Academic Officer, Dr. Wutoh succeeds Dr. Michael R. Winston. Dr. Winston has served as Academic Counsel to the President since November 2013 and Provost since September 2014. He will
continue to serve as Academic Counsel.

Since Dr. Wutoh’s arrival at Howard University as an Assistant Professor in 1996, he has displayed amazing leadership inside and outside the classroom. His work as Assistant Provost for International Programs – working across virtually every school, college, and department on campus – has expanded the University’s reach by forging strong international relationships that present our students, faculty, and staff with new and exciting opportunities abroad.

In addition to his most recent role as Dean, College of Pharmacy and Assistant Provost of International Programs, Dr. Wutoh has served as Director, Center for Minority Health Services Research, and Director for the Center of Excellence, funded by the Health Resources and Services Administration.

Dr. Wutoh’s passion for research has resulted in more than $50 million in grants from several sources, including the National Institutes of Health; the Center for Disease Control and Prevention; the United States Agency for International Development; the Health Resources and Service Administration; and the Agency for Health Research and Quality.

In addition to his academic career, Dr. Wutoh has extensive experience in managed healthcare. Other areas of interest and expertise include minority access to novel medical therapies, medication compliance, post-marketing assessment, clinical trial protocol and evaluation, survival analyses, and the role of stress in the functioning of health care professionals.

Dr. Wutoh is the recipient of numerous honors and awards, including: University of Oklahoma Faculty Leadership Institute Fellow (1996); Howard University Excellence Award for Outstanding Pharmacy Faculty (1998); and Howard University Pharmacy Alumni Association, Distinguished Faculty Award (2007).
Please join me in congratulating Dr. Wutoh as he takes on this exciting new role as well as thank Dr. Winston for his continued dedication, leadership, and service to the University.

In Truth and Service,
Wayne A. I. Frederick, M.D., MBA
President.