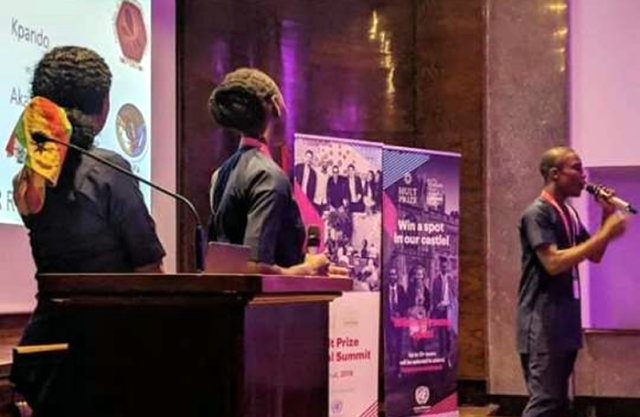 A team of students from the Regent University College of Science and Technology in Accra has emerged finalists in the Hult Prize Regional finals held in Madrid, Spain.

The team was among six universities which got to the finals in the competition from April 5 to 6.

The Halt Prize is an annual start-up competition for promising young social entrepreneurs emerging from the world’s universities with a winning prize of $1 million.

A statement issued in Accra by Benjamin Larbi, the Acting Head of Communications of Regent University, and copied to the Ghana News Agency, said the finalists were select from 41 universities by a jury.

The Regent Team was the only group from an African university at the competition.

It said the finalists would have the opportunity to participate in the Hult Business Accelerator Programme in Ashridge Castle, UK, later in the year.

It said emerging as the top six finalists out of over 40 universities globally had been really humbling, noting that the future was indeed bright for Regent University.

Mirna Consuelo Del Castillo, the Hult Prize Regional Director, congratulated the Regent team and advised them not to give up but rather believe in themselves and keep pushing forward.