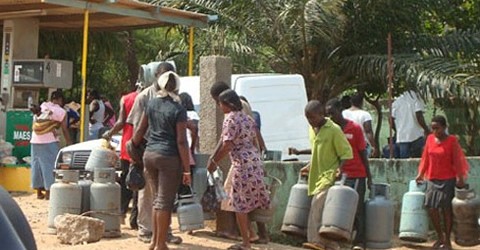 The cylinder recirculation policy has been touted as one that will greatly minimise gas explosions in the country, but it will come at a cost.

CEO of the National Petroleum Authority (NPA) Hassan Tampuli, has told Joy News the pricing of Liquefied Petroleum Gas (LPG) will now be influenced by a new element in the supply chain when the policy rolls out: the cost of bottling the commodity.

“We are introducing a new element into the supply chain, and that is the LPG bottling plants, we used not to do that. So those in the value chain have to be co-factored into the pricing regime so that they [investors] will get some returns on their investments and be able to take care of the recurrent expenditure,” Hassan Tampuli said.

Under the policy that is set to start in January 2018, consumers will be required to visit refill points with empty cylinders and leave with already filled ones.

Cabinet last month ordered the policy to be implemented following the Atomic Junction gas explosion that killed seven and left many injured.

The new model also means that LPG bottling plants will be sited away from congested commercial and population centers and will procure, brand, maintain and fill empty cylinders to be distributed to consumers and households through retail outlets.

Low risk stations will be designated for the supply of gas to vehicles. The whole exercise is expected to be completed within one year.

Following the Atomic Junction disaster, President Nana Akufo-Addo ordered the implementation of interim safety measures for all LPG infrastructure across the country.

The nine safety measures were introduced after a Cabinet meeting on Thursday, October 12, 2017.

As part of the new safety regulations, there is to be the deployment of a task force, within 30 days, to assess the risk that all LPG infrastructure nationwide pose in terms of public health and safety.