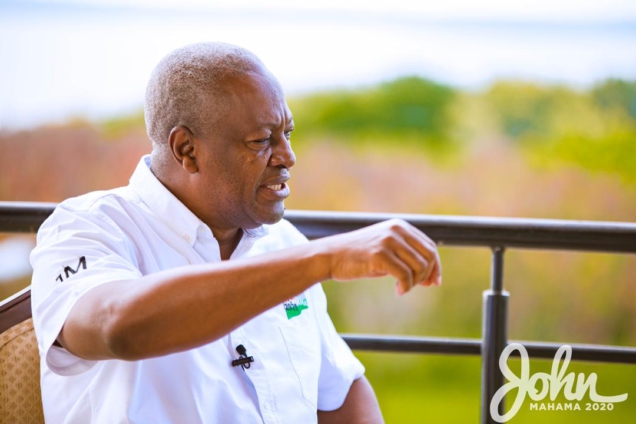 Ghana has been touted as ‘the beacon of democracy in Africa’ because of its relatively stable political climate under its fourth republic.

But Former President John Dramani Mahama fears the gains made over the two decades have been eroded and people’s rights trampled; a development he described as most unfortunate.

He accused the Akufo-Addo-led administration of propelling divisions and disunity among Ghanaians.

According to him, previous governments have made concerted efforts to promote togetherness despite various diversities but the NPP administration seems to be deepening the cracks.

“Unfortunately I see signs of cracks in the unity and oneness of our nation and it looks like this current administration is deliberately propelling and fueling that. Utterances by some of the leading members of the ruling party have been most unfortunate. Deliberate attempts have been made to question people’s citizens and identity” he said.

Mr. Mahama believes this phenomenon has the potential of derailing the peace and security of the country.

Speaking in an interview on Woezor TV, the NDC Flagbearer said President Akufo-Addo has resorted to running an exclusive government.

“There can be nothing greater in value to us than the peace of our country. Other countries have not been as fortunate but the way things are going with the use of vigilantes, thugs, intimidation, and harassment; we are on a slippery slope towards chaos and we need to arrest that” NDC Flagbearer indicated.

He promised to cement peace and unity once enjoyed under the NDC administration if given a second chance in the December 7 polls.