Ghana’s democracy must be safeguarded by all – Alban Bagbin 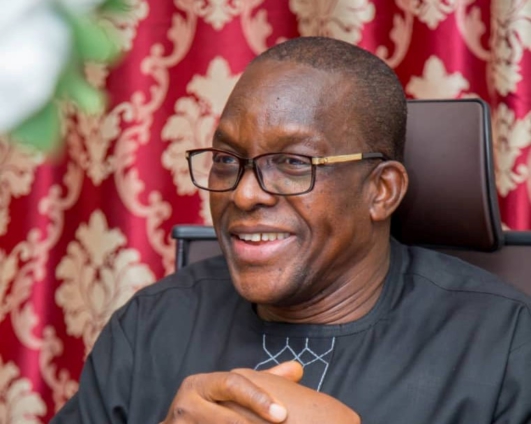 The Speaker of Parliament, Alban Bagbin, has called for the consolidation of Ghana’s democracy by all relevant stakeholders.

According to him, Ghana’s fledgling democracy remains a beacon of hope and a worthy example, therefore, the need to protect it, despite the many issues that confront the country.

Speaking at the maiden edition of the Speaker’s Seminal Lecture at the Accra International Conference Centre on Tuesday, Mr. Bagbin expressed his belief in the principle of separation of powers, and stressed on the need for all state and private actors to walk according to the tenets and principles of the country’s democracy.

This he said, will help in building a more robust society, and further accelerate the wheels of Ghana’s development.

“Ghana’s burgeoning democracy is a beacon in Africa and must be safeguarded by each and everyone of us in a position of influence or in active service to the people of Ghana. Ghanaians must collectively make a conscious effort to renew our pledge and commitment to protect, preserve deepen, consolidate, and entrench the democratic culture in the country”, he emphasized.

The maiden edition of the Speaker’s Seminal Lecture was designed to strengthen the country’s democracy, by creating the platform for seasoned practitioners and stakeholders to share their views on the practice of democracy in Ghana and how it can be improved.

In this regard, the Lecture saw a number of other prominent voices in society, who also expressed their thoughts on the theme for the occasion, which was : ‘Parliament, its business and the Supreme Court in perspective”.

Member of Parliament for the Tamale South Constituency and the Minority Leader in Parliament, Mr. Haruna Iddrisu, in his submission, underscored the need for Parliament to deliver its mandate with the needed dexterity. He however acknowledged the partisan orientation of Parliament, which sometimes becomes a hurdle in the work of the legislature.

The event was chaired by the Omanhene of the Essiakdo Traditional Area, Nana Kobina Nketsiah V. In his remarks, he also reiterated the need for Ghana to deepen its democracy and ensure a more cordial rapport between the three respective arms of government, namely; the Executive, the Judiciary and the Legislature.

DISCLAIMER: The Views, Comments, Opinions, Contributions and Statements made by Readers and Contributors on this platform do not necessarily represent the views or policy of Multimedia Group Limited.
Tags:
Alban Bagbin
Haruna Iddrisu
Nana Kobina Nketsia V
Speaker's Seminal Lecture