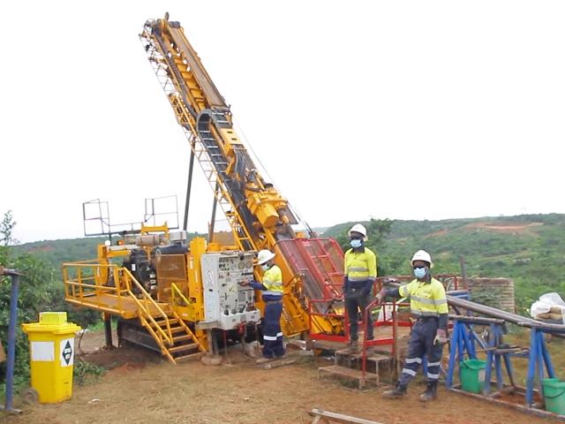 The Ministry of Lands and Natural Resources fears Ghana might lose its enviable first position as the leading gold producer in Africa because of a three percent withholding tax.

Deputy Sector Minister, George Mireku Duker says this could be blamed for the high incidence of gold smuggling by some producers to neighboring countries.

The 3 percent withholding tax is one of the highest in the sub-region, which according to industry players is compelling most producers to smuggle their gold to nearby countries.

At a workshop on the digitalization of licensing of Small-Scale Mining held in Kumasi, Mr Duker revealed that there is an ongoing engagement with the Finance Ministry to review the tax.

He expects the Ministry of Finance to reconsider the withholding tax to secure Ghana’s gold production status.

“Ghana is a leading producer of gold in Africa since 2018, and sixth in the world. Let me reiterate the point here that if care is not taken on the withholding tax component that we have instituted, Ghana will move from the leading position to probably the third because we have realised that if we do the comparison from the export point, we realising that we are dwindling”.

As the leading Gold Producer in Africa, Ghana produces 4.2 million ounces annually since 2018, placing the country at the 6th position in the world.

The deputy minister was speaking at a workshop on the digitalization of licensing of Small-Scale Mining in Kumasi.

The digitisation initiative will ensure all districts and regional offices will employ digital programs to offer licenses to small-scale miners.

“Now that you don’t have to go to the bank to do a banker’s draft, it means it is possible for a small-scale miner to even submit an application over the weekend because he can just pay by Momo and the system will pick it, “CEO of the Commission, Martin Kwaku Ayisi, said.

He continued that the digitalization is meant to address delays in acquiring mining licenses.

“…With this, maximum a week or less we should be able to process an application for it to go to the ministry.”

This initiative forms part of the mandate of the Minerals Commission to compliment the work of the Ministry of Lands and Natural Resources.