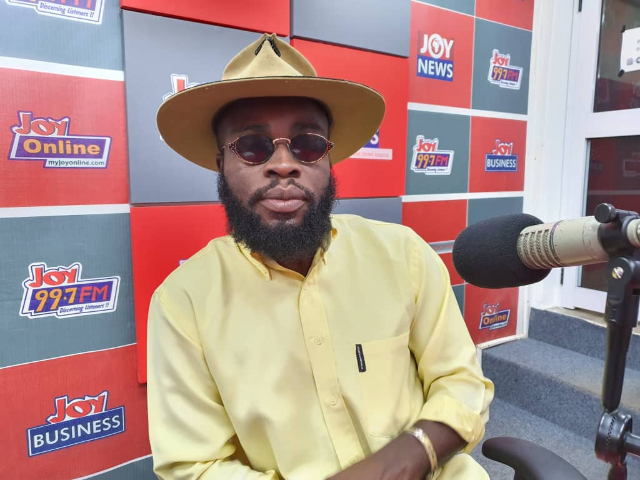 According to him, when Ghanaian artistes get to a certain level, they outgrow the industry.

M.anifest who lives by the motto ‘Local First, Global Second’ told Kojo Yankson on the Super Morning Show on Joy FM that the local industry helps an artiste to have a base for whatever it is they are doing.

“For instance, in my music, my trajectory began changing when I came back to Ghana, because it wasn’t global to local (anymore) but became local to global.

“So, expanding out of Ghana, with a centred identity, that is respected in the local, was that important thing,” the ‘Nowhere Cool’ rapper said.

M.anifest, however, said that as important as the local industry is, if an artiste is playing in the local field alone, then they are limiting themselves.

He added that breaking through other areas while making collaborations has made him grow.

“If you look at the first half of the year (2019), I was incubating more locally but even doing things like being the keynote speaker at the Ephraim Amu Memorial Lecture. It’s one of these groundbreaking things that no other artiste has been able to do.”

The Big Mad, hitmaker explained that some of these steps have helped put a different stamp on his brand.

He added that making an appearance on the Grammy-nominated Burna Boy album was very exciting for many people, especially because of its content.

“As a musician [and] a creative there’s no better joy than there to be more inroads,” M.anifest stated.

M.anifest is holding his annual Christmas event dubbed Manifestivies. The event which will be held on Sunday, December 22 at the Bukom Boxing Arena, will feature artistes like Nigeria’s Adekunle Gold, Cina Soul, Kelvyn Boy and many others.

Regular tickets go for GHC120 while premium goes for GHC200. Click here to purchase the tickets to the event.