An eight-year-old girl has been shot to death moments after surviving a car crash in Texas, police say.

De'Maree Atkins was asleep in the back seat of her mother's car when the crash occurred at around 02:00 local time early on Saturday in Houston.

Her mother, Latoyia Jarmon-Thomas, said the collision was caused by two other cars that appeared to be racing.

An armed woman in one of the other cars opened fire on Ms Jarmon-Thomas' Honda Accord, she told local media. 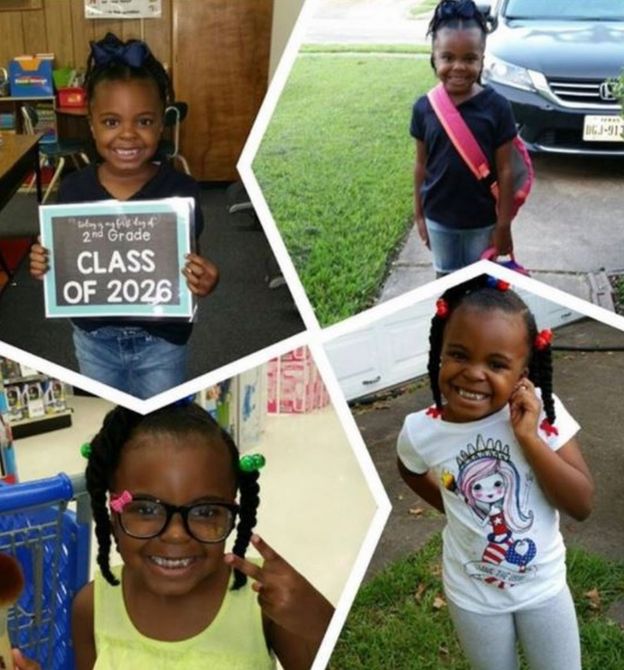 The white Pontiac involved in the crash was found abandoned at the scene.

Police said it is unclear if Ms Jarmon-Thomas – who was returning home from a hair appointment – and her daughter were caught in crossfire or were targeted by an irate driver following the crash.

De'Maree's mother said an armed woman driver rolled down her window and fired about five to seven shots before driving away.

"I pulled her (DeMaree) out of the car," Ms Jarmon-Thomas told ABC News. "I didn't even know she had been hit. I thought she was still asleep. 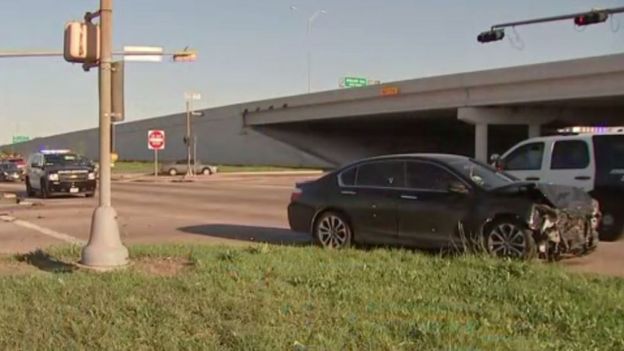 "I laid her on the ground and when I looked at her jacket, I saw a blood stain."

Ms Jarmon-Thomas – who said she suspected the attack was caused by "road rage" – appealed for the suspects to turn themselves in.

Houston Police Department's homicide detectives are looking for the drivers.