Glo lose subscribers in five months, but not perturbed 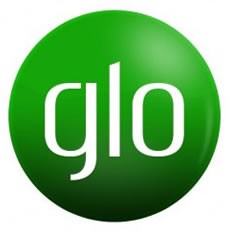 After just five months of operations in Ghana, Glo Ghana has recorded its first loss in subscribers, which is unprecedented in this market and a surprise to industry watchers.

But Glo Ghana Head of Business, Patrick Awotwe has told Adom News they are not perturbed by the drop because they are recording increases in all parameters of their business, including minute uses, and recharge usage.

But according to the third quarter Mobile Voice Subscriber Base statistics from the National Communication Authority (NCA), between August and September, Glo’s subscriber base reduced by 3,254, from 1,613,688 to 1,610,434 subscribers, representing a marginal 0.2% dip.

Because the NCA results is based on activity over a 90-day period, the September figures may have been affected by losses in June, and the inability of the Glo network to recover from those loses within the 90 days from July to September.

Losses in June means some persons who registered new SIMs on Glo in April/May became inactive as early as June, and that is something industry watchers have expressed surprise about.

Glo Ghana Head of Business, Patrick Awotwe admitted in an email to Adom News that the drop was representative of expected churn in acquisitions (from June) which is normal in every new mobile operation, adding that there was an average churn rate of 3% across board in Ghana, so Glo was not alone.

“The Glo network and its management are completely unaffected by this because, in spite of the drop in base, Glo’s usage levels continue to soar as we expected. We are growing on all parameters of our business with particular respect to minutes of use, as well as recharges and usage from subscribers,” Awotwe said.

He however did not provide statistical evidence to support the claim of growth in minute use and recharge. But some analysts have said that once some subscribers become inactive overtime, the books are likely to show growth in total minute usage in relation to the remaining active subscribers.

The Glo Ghana Boss also said, over the past two months, Glo has been focusing strategically on improving its Total Customer Experience and upgrading the quality of its network in order to attract quality customer base.

But Glo was indeed not alone because Airtel also lost subscribers for the first time in more than a year.