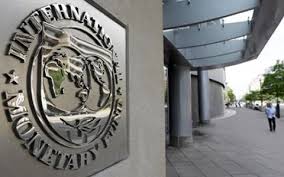 The massive stimulus pumped in during the pandemic has left the global economy vulnerable to another financial crisis, the International Monetary Fund has warned.

Policymakers must tread carefully as they combat a global surge in inflation because unprecedented stimulus during the pandemic has encouraged investors to take excessive risks, causing valuations of some assets to become overly stretched.

It added that policymakers were confronted with “a challenging trade-off: maintaining near-term support for the global economy while preventing unintended consequences and medium-term financial stability risks”.

With the global economic recovery now coming under pressure from widespread supply disruption and rising inflation, investors are becoming increasingly concerned about the economic outlook and central banks are edging closer to raising interest rates.

“A sudden repricing of risk in markets, should investors reassess the economic and policy outlook, could interact with such vulnerabilities, leading to tighter financial conditions and putting growth at risk in the medium term,” the IMF said in its latest Global Financial Stability Report.

The IMF said that financial stability risks had so far been contained thanks to policy support but that this “masked” vulnerabilities in the financial system. It pointed to “warning signs,” including surging share prices, which far exceed their market fundamentals, and booming house prices.

“If left unchecked, these vulnerabilities may evolve into structural legacy problems, putting medium-term growth at risk and testing the resilience of the global financial system,” it said.

Although central banks should be ready to tighten policy in the face of rampant inflation, the IMF said that they would have to strike a fine balance.

“Policymakers should act pre-emptively to address vulnerabilities and avoid a build-up of legacy problems. They should also tighten selected macroprudential tools to tackle pockets of elevated vulnerabilities while avoiding a broad tightening of financial conditions,” the report said.

Failure to do so could have damaging consequences for the global economy and poorer countries would bear the brunt of the pain. Inflation pressures have already caused central banks in some emerging economies, including Brazil, to raise rates and “the pace of domestic emerging market tightening, combined with the potential for sudden tightening of global financial conditions, could hit emerging markets hard,” the IMF said. “Already, we see higher financing costs for domestic debt in emerging markets — except China — since last year.”

The IMF also sounded the alarm over cryptocurrencies, warning that the growth of the crypto asset market — which is being led by developing countries — could threaten financial stability without tougher regulation.

It expressed particular concern over “stablecoins,” digital currencies pegged to traditional currencies, which have poor disclosure and could be prone to runs if their value comes into doubt. The supply increased four-fold to $120 billion (£88 billion) this year.

“Financial stability risks are not yet systemic in the crypto ecosystem, but risks should be closely monitored, given the global monetary implications and the inadequate operational and regulatory frameworks in most jurisdictions — especially in emerging market and developing economies.”