GNFS calls for Fire Stations in each district of Ashanti Region 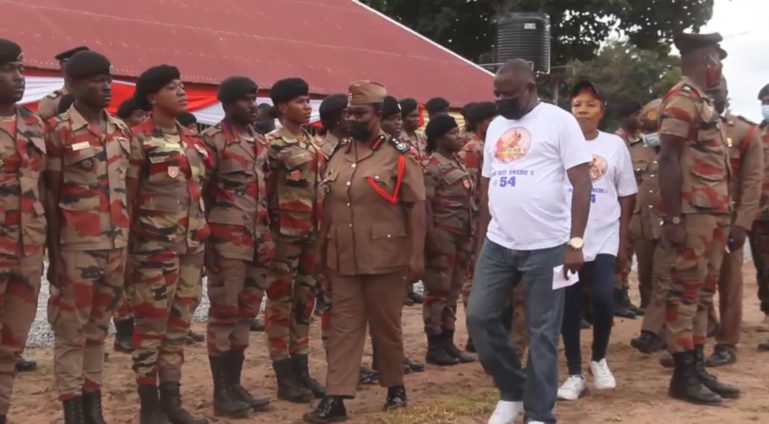 The Director of Logistics at the Ghana National Fire Service, DCFO Heroine Boakye has appealed for the construction of Fire Stations in all districts in the Ashanti region.

The region currently has 23 fire stations and five fire posts which she describes as woefully inadequate and affects response time to fire emergencies.

DCFO Boakye made the appeal at the inauguration of a seven-unit accommodation for the Ejura Fire Station in the Ashanti Region.

The seven-unit accommodation apartment was built by the Ejura Traditional Council.

The Ejura Fire station was commissioned on September 15, 1992, to provide safety cover in the Ejura-Sekyedumase Municipality and its environs.

For almost three decades, the station has been extremely effective.

Only nine fire outbreaks were recorded this year, with no bush fires.

Zero bush fire is good news considering the municipality’s importance in the Government’s flagship Planting for Food and Jobs programme.

The performance of the fire station would however not have been possible without the support of the Ejura Traditional Council.

The Director of Logistics at Ghana National Fire Service, DCFO Heroine Boakye, commended the traditional council for the numerous support and collaborative gestures towards the operational initiatives.

She however appealed for the speedy establishment of Fire Stations in districts without such a facility.

According to DCFO Heroine Boakye, from January 1 to September 15, Ashanti Region has recorded a total of 787 fire outbreaks.

The region recorded 936 during the same period last year.

The drop can be attributed to the carefully planned strategic fire safety intensification programmes championed by the Command.

He has therefore allocated land for the establishment of a military camp, municipal police headquarters, and fire service training command to address these security challenges.