Golden Arms to have medicals on Saturday 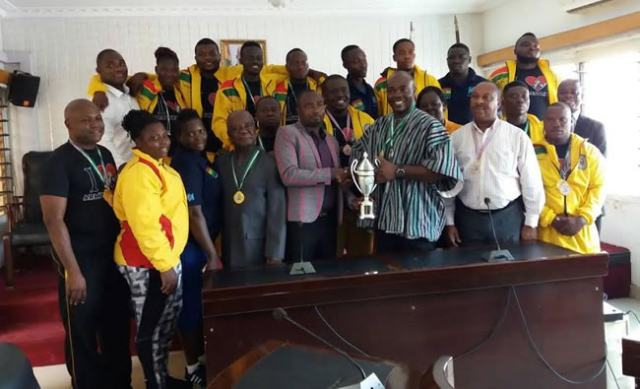 The national arm wrestling team, Golden Arms, will have their medical examination at the Kama Health Centre, Labone, on Saturday.

The athletes would be screened for traces for malaria parasites as well as their sugar level, kidney, heart, liver, blood group, hypertension and hepatitis B.

The health screening is in line with activities lined up to prepare the team for the upcoming Africa Armwrestling Championship from Thursday, July 26, 2018, to Sunday, July 29, 2018.

According to www.armwrestlingghana.com, the health screening is being sponsored by K-Balm Ointment from Kofikrom Pharmacy.

The Golden Arms is poised to win the 2018 Africa Armwrestling Championship in Ghana.