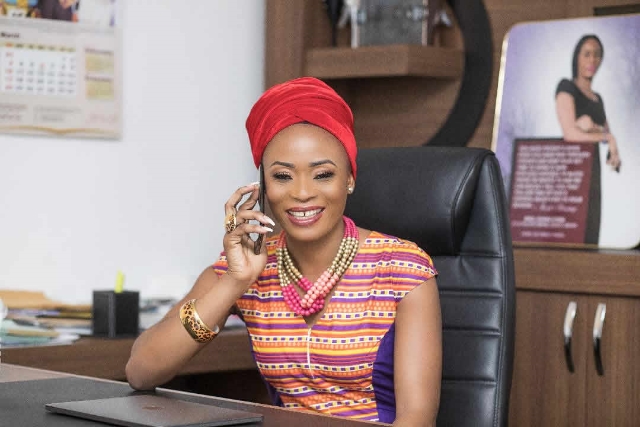 Founder of Global Empire Legacy Holdings, Joana Gyan, said her company is providing financial support to the expo because the event will promote Ghana’s tourism industry and bring investment to boost the economy.

“Golden Empire seeks to work closely with the Spain Chamber of Commerce to promote trade between both countries and also to host 25 businesses next November to seal a deal on investing in Ghana,” Ms Gyan said.

Global Empire Legacy Holdings is a conglomerate founded in 2019.  It was created to serve as a holding company for all subsidiaries owned by Ms Joana Gyan.

As Ms Joana Gyan’s vision of becoming an industrialist began to take shape, it became necessary to have a business umbrella which houses the other subsidiaries for efficient administration.

Global Empire Legacy Holdings has Gold Concessions for which it has acquired mining licenses for.

About the upcoming expo

The Ghana-Spain tourism and hospitality expo is part of efforts to facilitate trade between the two countries.

The expo is also expected to promote the role of Spain through the Gran Canary Islands and encourage the flow of investment in both directions.

According to a statement by Stephen Blessing Ackah, Head of Government Affairs, UAE Africa Mentoring Development Consortium, the expo will promote sustainable tourism as trade was one of the sectors in which Spain occupies international leadership positions and can channel the knowledge and investments that Ghana needs for its development.

“The support for the internalisation of the Spanish economy is reflected in the reinforcement of technical cooperation in the tourism sector and in the promotion of the improvement of air connectivity lines of action.

“This is included in the Plan Africa III of the government of Spain in the framework of the objective of promoting a shared, inclusive and sustainable economic growth,” the statement said.