Government accepts all bids for 7-year bond worth ¢590m 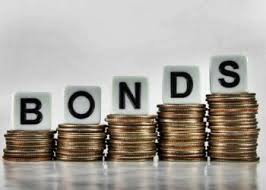 Government has accepted all bids worth ¢590.14 million from the sale of a seven-year bond.

The auction which was done through the book building approach attracted a yield higher than previous bond sale.

Joy Business understands expected rate of return on the debt instrument was pegged at 20%, higher than the last two long term bonds issued earlier in the year.

The higher yield, Joy Business, further learnt are due to the uncertainty in the global economy amid covid-19, which has rippling effects on the local economy.

Some analysts believe the coupon rate was slightly above trading levels for similar bonds on the secondary bond market.

The funds are expected to be used to largely settle maturing debts.

Government has set aside some GHS24 billion to settle interest rate on loans in 2020.

Government revenue target for the first half of this year fell by ¢7.8 billion, representing a 26.0% decline between January and June 2020.

The revenue deficit was largely due to shortfalls in revenue from non-oil tax revenue and oil revenue.

Also, total government expenditure is expected to increase by ¢11.6 billion, predominantly due to Covid-19-induced additional expenses.

DISCLAIMER: The Views, Comments, Opinions, Contributions and Statements made by Readers and Contributors on this platform do not necessarily represent the views or policy of Multimedia Group Limited.
Tags:
Bonds
Covid-19
Government