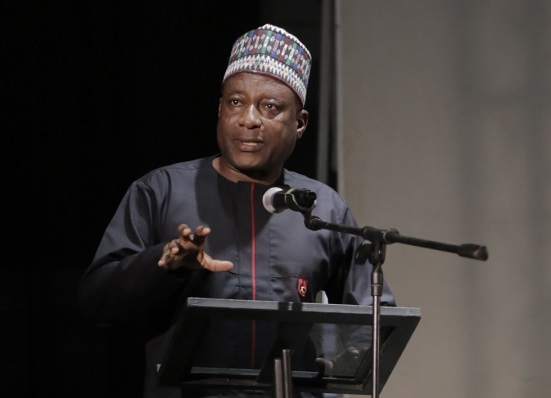 Deputy Minister for Tourism, Arts and Culture Dr. Iddi Ziblim, has applauded The Multimedia Group for its firm stance against the airing of content with nudity.

The Minister lauded the decision not only as a step in the right direction but also constitutional.

“I think that is a very bold decision to take and if you are familiar with our constitution, I think that it is in its bosom to take that decision”, he told Daniella Adu Asare.

The Managing Director of Multi TV, Santohk Singh, recently declared the media firm’s decision to no longer air contents with nudity. According to him, such content had adverse effects on the youth and believed the time to act was now.

Mr. Singh told Andy Dosty on Daybreak Hitz on Hitz FM that he was “totally against this [nudity]” because, popular personalities and influencers are followed by a lot of people who see them as “a source of inspiration” and does not think that nudity is the kind of inspiration people should derive from them.

The Deputy Minister, Dr Ziblim believes that though, the media have the constitutional rights in terms of free press, there is the need to be circumspect in the execution of their job.

He touched on the government’s delicate position yearly in drawing a balance between ensuring a free press and preserving the values and culture of the Ghanaian people. He believes media houses like The Multimedia Group, help to make such tough decisions on behalf of the government.

He urged other media houses to take a cue and help sanitise the media space.

“Nobody is saying censoring but sanitise the media landscape. Let’s have decent productions and news items out there…,” he stressed.

Dr. Iddi Ziblim also declared government’s support in any way, to enforce the stance of The Multimedia Group in order to sanitise the media space.