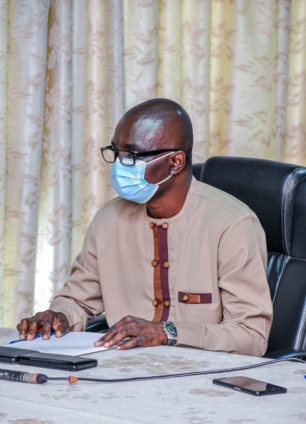 Ebenezer Kojo Kum is the Chieftaincy and Religious Affairs Minister

The Chieftaincy and Religious Affairs Minister has directed all stakeholders involved in the Bawku impasse to desist from actions and pronouncements that could escalate tensions and violence in the area.

In a statement on Wednesday, Ebenezer Kojo Kum insisted that the status of the Paramount Chief of Bawku has been settled by the Supreme Court; thus, until the Apex court set aside its initial pronouncement, the decision is binding to all and sundry.

He further called on proponents calling for installing a new Bawku Naba to desist from such actions.

“Government is resolved to ensure that persons holding offices legitimately are uninhibited from performing their roles and functions.

“The security agencies have been authorized to take all necessary steps to ensure law and order are fully enforced, and any persons who are in breach of the peace are brought to book,” he cautioned.

This is the latest fight between the feuding factions – Mamprusis and Kusasis.

Meanwhile, government, through the Interior Ministry, has renewed its curfew at Bawku through an Executive Instrument.

In the directive, movement is expected to cease from 8 pm to 8 am daily, effective Wednesday, December 29.