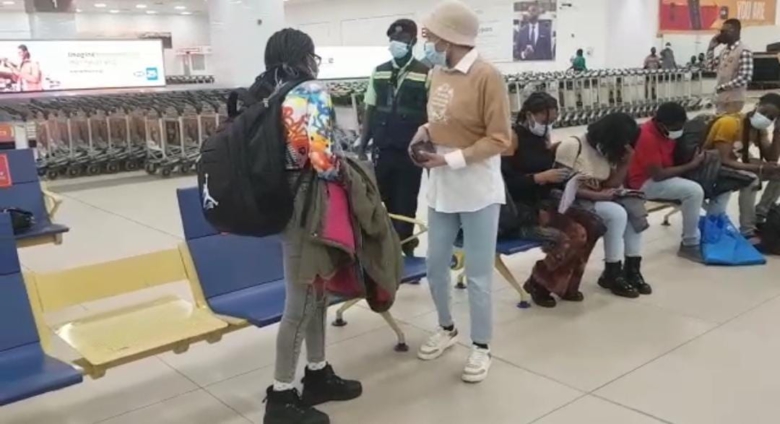 Government has released an amount of $2m and GH₵2m to fund the evacuation of Ghanaians trapped in Ukraine.

The Deputy Foreign Minister, Kwaku Ampratwum-Sarpong disclosed this while speaking in an interview on Ghana Connect on Joy FM, Friday, March 4.

According to the Deputy Minister, the government has provided enough funds for the evacuation exercise.

“Today[Friday, March 4], they’ve released $2m and GH₵2m given to the Ministry of Foreign Affairs to get along with this evacuation exercise so we are not rushing,” he disclosed.

On Friday morning, the second batch of Ghanaian nationals who escaped from Ukraine to Poland for refuge, including students arrived in Accra

Twenty-four of them, who arrived at the Kotoka International Airport (KIA) were welcomed by the Deputy Minister of Foreign Affairs, Kwaku Ampratwum-Sarpong.

Providing updates on the situation, the Minister noted that another batch of 18 Ghanaians is set to arrive in Accra tomorrow [March 5] on Qatar Airways.

Meanwhile, the Deputy Minister said about 15 Ghanaians who were scheduled to set off tonight and arrive tomorrow, have declined to be evacuated.

“About 15 of them have decided that they were not taking advantage. They communicated that to us yesterday evening that they were not going to come that is after we had purchased their tickets. Most of them are doing this with the support of their parents. In fact, one particular situation yesterday, it was the parent who called us and told us that they don’t want their kids to return to Ghana,” the Minister stated.

Kwaku Ampratwum-Sarpong said the Ministry has received reports about the Hungarian government’s pledge to offer opportunities to some Ghanaian students to complete their education, the reason he said some of them have refused to return to Ghana.

He added that the Ministry is yet to officially confirm such reports from the Hungarian authorities.

Meanwhile, the Deputy Minister stated that government has no time frame for the evacuation exercise yet, stressing that it is an open-ended exercise and will go on until all Ghanaians are evacuated.

“We are not rushing, we are giving them enough time. Maybe at a point in time, there would be a cut-off time but as I speak to you today, we don’t have a cut-off date and it’s open-ended,” he noted.

On March 1, the first batch of Ghanaian nationals evacuated from Ukraine, including students arrived in Accra.

A Foreign Ministry representative helping with the evacuation exercise, Dr. Albert Kitcher, said many of the students left stranded in Ukraine continue to arrive at the Slovakia, Hungary, Romania and Poland borders.