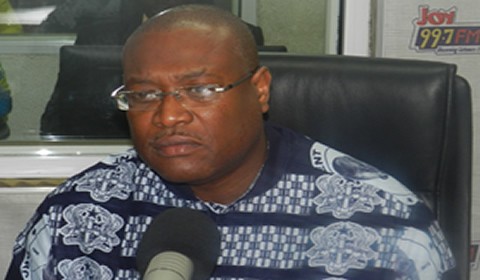 Government is expected to outline emergency plans to cope with increased patient traffic in quasi-public hospitals following the strike declared by doctors two weeks ago.

Health Minister Alex Segbefia will address the news conference this morning to tackle issues arising from the strike.

Government has issued a list of quasi-public health facilities for people to seek healthcare but the announcement has since brought intense pressure on those facilities.

Negotiations between government and the doctors have stalled with both parties taking entrenched positions.

It is expected that the measures outlined at the conference this morning will include the engagement of retired and foreign doctors.

Meanwhile, a renowned medical practitioner at the Komfo Anokye Teaching Hospital (KATH) Dr. Ernest Kwarko has made a passionate appeal to the public to refrain from making inflammatory comments on the ongoing doctors’ strike.

The striking doctors have come under a heavy criticism from a section of the public for refusing to return to work until their conditions of service have been finalized by government.

But Dr Kwarko says such uninformed comments from the public only go to thwart efforts made to allow the doctors go back to work.

“If the public tries to understand the issues and deliberately refuses to make inflammatory comments, you make constructive criticism, you can even make appeals and analyse what is going on. But don’t insult, malign and don’t dare the doctors.

“My biggest caution goes to the journalists, when we finished the Friday meeting some people were saying ‘they don’t have balls they can’t resign’… the best way to get a man to do something is to tell them they can’t do it so stop the daring”, he added.