Government to resort to coal as solution to energy crisis 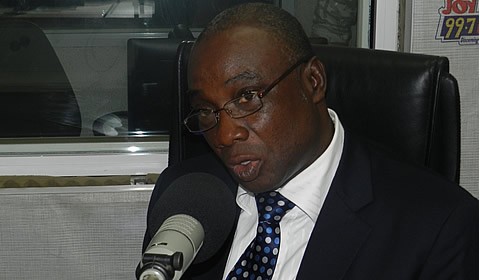 Government says it is pursuing the development and adoption of coal as a long-term solution to Ghana’s energy crisis.

Power Minister, Kwabena Donkor who announced this on the floor of parliament said coal compared to other sources of energy including, thermal, hydro and nuclear is cheap and easy to generate power for domestic and industrial use.

He says Ghana has the responsibility to remain competitive and the only way to do this is to improve the power sector.

Dr Donkor, however believes that this cannot be done if the country relies on hydro energy alone.

He is optimistic the adoption of coal will bring to a permanent end crisis in the energy sector.

The Power Minister also reiterated that the current load shedding will end by the end of this year due to the plans and interventions initiated by government.

With the measures being put in place, Dr Donkor believes that load shedding once it ends will not return.

Ghana has for the past three years been grappling with a terrible power supply system.

The situation has been blamed on the low levels of water in the Akosombo Dam and the irregular supply of gas from Nigeria.

Several businesses have collapsed, many have lost their jobs and individuals are having a hard time living normal lives as a result of the dumsor.