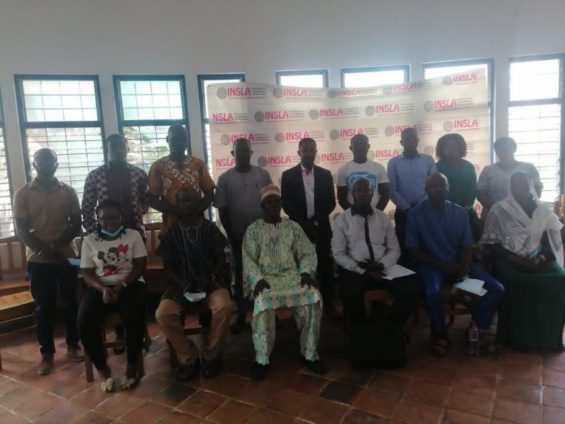 The Institute of Leadership and Development (INSLA), a civil society organization, has called on government to develop policies for healthy foods in public settings as it prepares for the 2021 UN Food Summit in Ghana.

The INSLA made the call at a day’s orientation workshop for members of civil society organisations, community-based organisations, and the media on the World Health Organisation (WHO) Healthy Public Food Procurement and Service Policies (PFP) Action Framework.

The Project Manager of INSLA, Mr Issah Ali said the Framework was negotiated by almost all the countries under the WHO system to promote healthy diets and therefore there was the need for the government of Ghana to implement it to save the lives of the people.

He said the document had five core principles of healthy diets, which included limiting the intake of free sugars, limit in sodium consumption by ensuring that salt was iodized, shifting from the consumption of saturated fats to unsaturated fats, and the elimination of industrially produced trans fats.

The rest were, increase in consumption of whole grains, vegetables, fruits, nuts and pulses, and to ensure the availability of free, safe drinking water.

According to the WHO, unhealthy diets were a leading cause of mortality, and led to significant healthcare costs and lost productivity for individuals, communities and society.

It said governments have committed to end all forms of malnutrition, including obesity and diet-related non-communicable diseases, such as hypertension, cardiovascular diseases, diabetes, and cancer and that a range of recommendations were available to guide governments to act on their commitment, including to ensure healthy foods in public settings.

Mr Benjamin Anabila, the Director of INSLA, said civil society organisations (CSOs) have worked extensively on tobacco and alcohol for the provision of regulations, but that of healthy food had been neglected and causing serious harm to humankind.

He called on Ghanaians, especially the media to join forces with INSLA and other CSOs to champion the cause for the implementation of the WHO Healthy Public Food Procurement and Service Policies (PFP) Action Framework.

“It is sad that as at now, Ghana does not have a mandatory labelling of food for consumers to have the privilege to know the content and is a serious issue. Government would have the document but until we rise up, make noise and advocate for it they would not take any step,” he said.