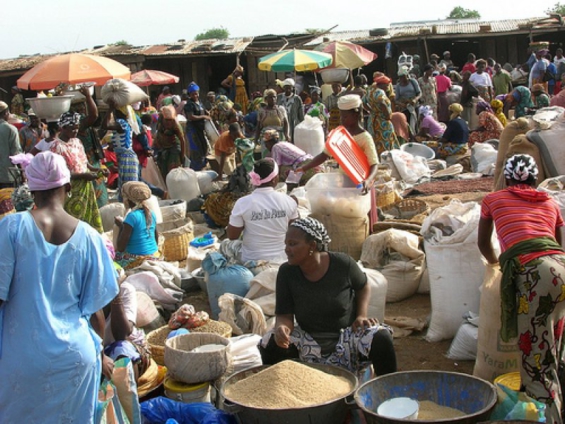 Prices of major staple foods in the Eastern Region, maize, millet and beans, have moved up in the first two weeks of July 2021, following increases in transport fares.

The market price upturn has stimulated increases in the prices of foods prepared, using maize and beans.

The traders, largely women, interacting with the Ghana News Agency during a survey conducted in the New Juaben South and Abuakwa South municipalities, called for swift government intervention to stabilize food prices.

The market survey at Juaben Serwa, Agatha, Koforidua Central and Kyebi markets showed that a maximum bag of maize is selling for GH¢600.00 and the mini bag at GH¢350.00.

A maize seller, Madam Alice Ahenkorah, told GNA that since January the price of maize had seen a steady rise and attributed the recent increases to the marginal hike in transportation fares.

Other traders blamed the upsurge on the high cost of farm inputs, including agrochemicals forcing farmers to adjust prices upwards to cover the cost.

A maize wholesaler, Ms Mary Jonhson, who has been in the business for many years, explained how she procured maize through long travels sometimes to Upper East Region, stressing that persistent fuel price increases were influencing transportation costs.

She said the retail maize prices had to go up to commensurate the farm gate price so that sellers could break even and stay in business.

Apart from transportation costs, she said maize farmers had increased their prices due to the rising cost of inputs.

A Kenkey seller, Ms Philomina Ofori, said the price of maize had compelled her to either reduce her kenkey sizes or sell a ball at GH¢2.00 as against the previous price of GH¢1 or GH¢1.50.

Even with the GH¢2.00, she added, the size had to be reduced to be able to make a profit and cover costs of other items such as pepper, plastic carrier bags for wrapping Kenkey, corn husk and firewood.

At Kyebi in the Abuakwa South Municipality, buyers and sellers were equally worried about the hike in prices of rice, millet, maize, oat and wheat, which were blamed on the onset of rains and new crop harvest season.

The prices had remained high in recent weeks as compared to last month due to the depletion of old stock.

Some traders have taken advantage of the situation and sharply increased prices, according to the market women as Ms Naana Yeboah, a maize seller, said a bag of maize that used to sell at GH¢200.00 was currently between GH¢320.00 and GH¢350.00.

She said many maize farmers in the local communities had not started planting because of the unpredicted rainfall pattern, saying if the trend continued then there might be a shortage of maize this season.

Mrs Grace Osei, a trader, called for a uniform price for maize so that some traders would not capitalize on the shortage to dupe unsuspecting customers and appealed for market sheds for maize sellers at the Kyebi market.

Ms Zenabu Alhassan, a wheat and oat seller, said that wheat was very affordable, unlike oat.

“A cup of wheat costs GH¢3.00 previously and was still sold at the same price.”
She blamed the price variations on transport charges, fuel increases, and unpredictable rainfall.

The women called on the government to initiate actions that would ensure stable prices at the pump, standardize local food prices and regulate prices of farm inputs.

Speaking to GNA on Thursday, Mr Edmond Quaynor, a feeds production farmer, corroborated the prices quoted by the traders, stressing that the cost of agrochemicals, labour and transportation had gone up.

He said maize bags were of different sizes as some weigh 150Kg and 50 Kg, adding, the price variations were understandable because areas, where lands were being destroyed by illegal mining activities would likely record lower prices due to lack of market.

However, he said the prevailing market prices were good for farmers as they would stimulate high production and insisted the forces of demand and supply should be allowed to dictate the economic prices of food crops.