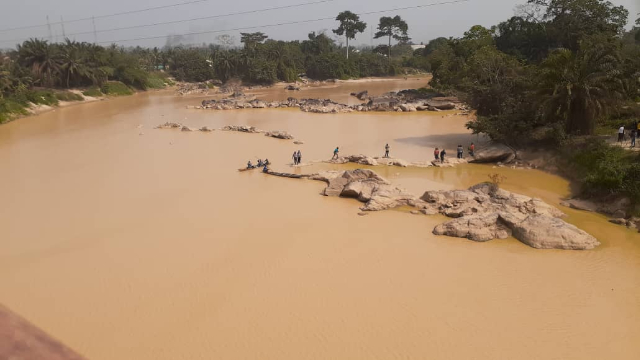 Member of the Inter-Ministerial Taskforce on Illegal Mining, Hajia Alima Mahama, is insisting the government is winning the fight against illegal mining.

She says claims that the fight against illegal mining, otherwise known as ‘galamsey’, has been lost because the water bodies are still muddy, cannot be accurate.

This followed Sunday’s press conference by the opposition National Democratic Congress which called for the removal of President Akufo-Addo as co-chair of the United Nations Eminent Group of Sustainable Development Goals Advocates, over what they describe as his failed fight against ‘galamsey’.

NDC’s Communications Officer, Sammy Gyamfi while addressing the press at the banks of the Pra River in the Eastern Region said, the supposed fight has turned out to be a ruse to kick out legal small scale miners and artisanal “galamseyers” and replace them with a new breed of marauding illegal miners allegedly belonging to members of the governing New Patriotic Party (NPP) and government.

But the Local Government Minister, it is normal for water bodies to be muddy during the dry season.

Hajia Alima Mahama also called on Ghanaians not to put a timeframe on the fight to clean Ghana’s waters explaining that, “it could be galamsey but let’s not focus on ‘you said you are going to work on galamsey so we must succeed within this time frame’… Germany after the second world war, it took them 30 years to clean their waters,” she clarified.