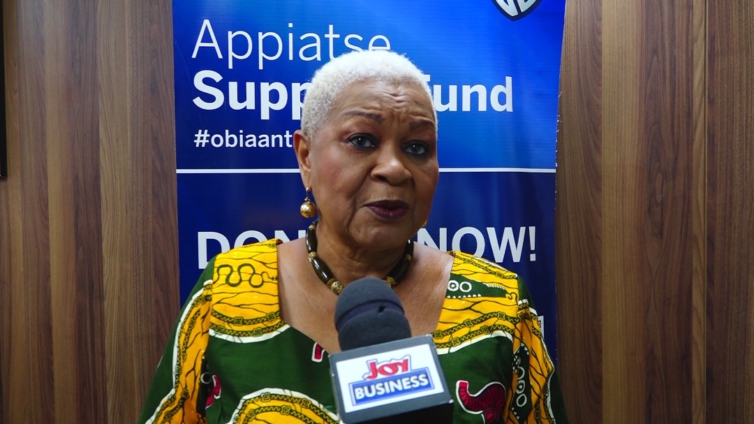 The Ghana Revenue Authority (GRA) as part of its social corporate responsibility has donated an amount of ¢50,000 to support the building of the Apiate community which was destroyed by explosions this year.

The support is aimed at fast-tracking the processes to get the community back after the destruction.

Speaking to Joy Business after the donation, Assistant Commissioner at the office of the Commissioner-General, Domininc Naab, expressed confidence that the support will help in reviving the economic activities of the people.

The development of the community is expected to cost about 70 million, according to preliminary report from the committee set up by government to oversee the entire development.

According to the GRA, the ¢50,000 is part of its corporate social responsibility to support the rebuilding which will also revive economic activities in the area.

“We believe that Apiate has been a community that can be revived and as a tax authority, the people have been part of tax mobilization. So if they’re in such a need, we find it necessary to support, so they can get back to their economic activities as soon as possible” Dominic Naab noted.

Reacting to some criticisms that work on the re-construction of the community has been slow, Chairperson of the Apiatse Development Support Fund, Dr. Joyce Aryee hinted that work is progressing steadily to ensure that an ultramodern estate is built for the people.

“We don’t want to just build a normal settlement to its old form but a well-developed model community that has all the important social activities that are up to global standards. We are almost ready with the mapping, designs and other plans that will ensure that the people have access to everything in a community and provision of government agencies as well.”

“So that’s what we want to do and the process is ongoing. Even building your own house, sometimes it takes a while due to the processes involved”, she explained.

Dr. Aryee also used the occasion to express gratitude to the GRA for the support and called on other corporate bodies to do same.