After a week of misunderstanding, Godwin Attram has finally agreed to work with Tom Strand as a deputy coach of Great Olympics following a successful meeting with the board.

Attram, who refused to work under Swedish coach Tom Strand as an assistant has eventually concurred following a second meeting by the club’s management board on Wednesday to fine-tune the rough edges of the previous one they held last Friday before their week 11 0-0 stalemate against Liberty Professionals.

The two were pictured to have put aside their differences, together with 40% shareholders Talal brothers and the club’s board chairman Amarkai Amarteifio in the aftermath of the meeting.

"For the sake of the club and the boys as well as my family , Mr Amarkine spoke well so I must  do it as well as advice from my dad and men of integrity,"  Attram told Joy Sports exclusively.

As such, all parties agreed and resolved their diffrence swith  the appointment of Tom Strand reconfirmed and Godwin Attram and Samuel Botchway as assistant coaches

They are expected to lead the team in their MTN FA Cup round of 64 game against lower-tier side Young Wise on Sunday.

The appointment of Strand did not go down well with Attram who felt betrayed by club's hierarchy after serving dilligently, guiding the team to promotion from Division One as player-coach. However, the string of poor results recorded by the team was taken into consideration in appointing a new technical head.

The former PSV man refused to work with the former Medeama coach and that forced the team to be divided into two.

Attram had 14 players on his side same as Tom Strand as they both prepared for match against Liberty Professionals. But two days to the match Attram backed off but prevented his 14 players to feature in the game which Olympics drew. 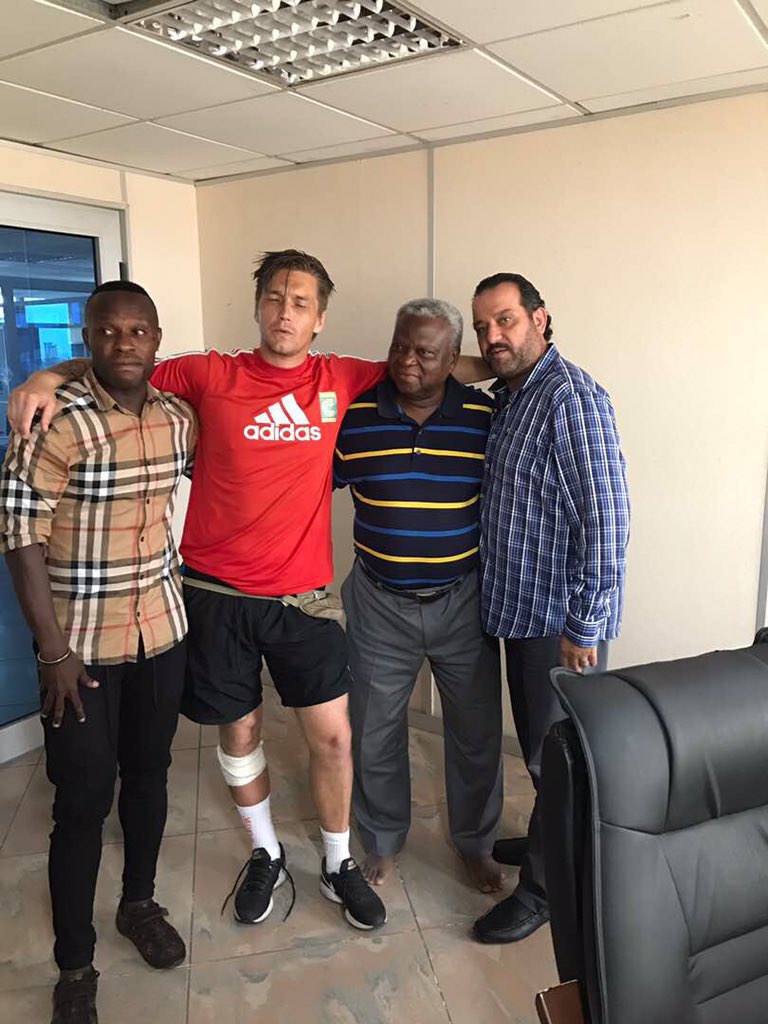