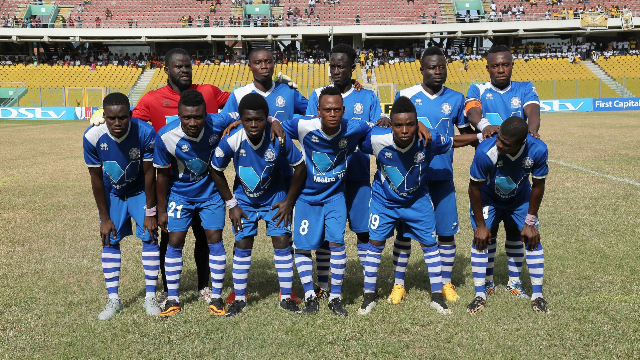 It was a day to remember for Great Olympics fans as their darling club made a quick return to the Ghana Premier league after just a season in the second-tier league.

The Wonder Club fought hard to claim a well deserved 2-1 win against Mighty Jets at their favorite grounds in Teshie, sending the coastal town into a frenzy.

Olympics made a bright start but Mighty Jets took the lead through James Asare against the run of play after some calamitous defending to go into the break with their noses in front.

After the interval, Olympics produced a glorious performance with Maxwell Quaye scoring twice to seal victory, earning them the sole qualification slot from Zone III with one match to spare

Olympics thus book the second of the three premiership tickets available to Division One clubs.

Zone II side – Elmina Sharks was the first to seal qualification to the Premier League this year.