Greeks are voting in a general election which could result in Greece trying to renegotiate the terms of its bailout with international lenders.

The leader of the left-wing Syriza party, Alexis Tsipras, has pledged to write off Greece's huge debt and revoke austerity measures.

He has urged voters not to take Greece to the brink of catastrophe.

The economy has shrunk drastically since the 2008 global financial crisis, and increasing unemployment has thrown many Greeks into poverty. 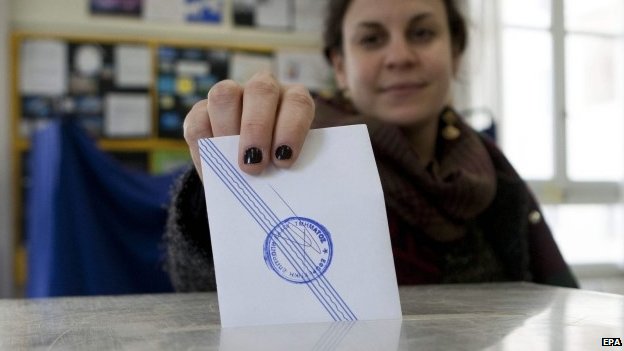 Nearly 10 million people are eligible to cast their votes 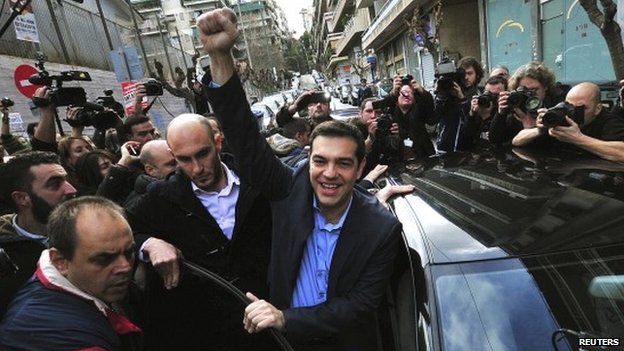 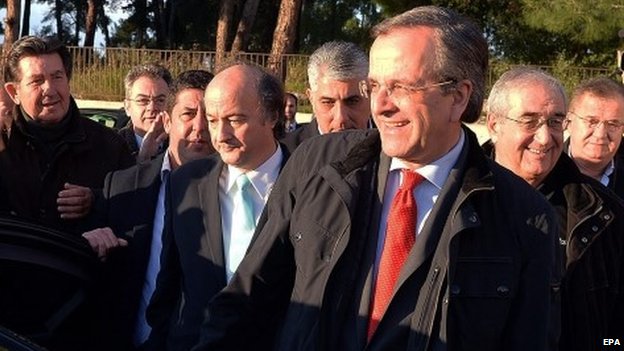 There are nearly 10 million eligible voters, who are electing the country's 300-member parliament.

The first exit polls are expected immediately after the voting ends.

After casting his vote, Syriza leader Alexist Tsipras told the BBC that "the vicious circle of austerity is over".

He has said his party would restore "dignity" to Greece by rolling back cuts to jobs, pay and pensions which have hurt millions of people across the country.

The possibility of a Syriza victory has sparked fears that Greece could default on its debt and leave the euro – the single currency of 19 EU members.

This is despite the fact that Syriza has moderated its stance since the peak of the eurozone crisis, and says it wants Greece to stay a member of the currency.

Meanwhile, as he voted, Prime Minister Antonis Samaras said Greeks would be taking a risk by opting for Syriza.

"Today we decide if are going forward or if we are going towards the unknown," he said. "I am optimistic because I believe that nobody will put in danger the European course of our country."

In his final campaign speech, Mr Samaras said Syriza's policies risked forcing the country to exit the euro. He has also warned that Greece could miss out on a massive programme of quantitative easing unveiled by the ECB last week to help stimulate the eurozone economy.

The centrist To Potami party and the far-right Golden Dawn party are expected to fight for third place in the elections.