Eight French people were among 10 killed when a Greek fighter jet crashed during take-off at a base in Spain.

One of the two Greek pilots had performed a wrong manoeuvre, local media said. Both pilots were killed.

French Defence Minister Jean-Yves Le Drian will travel to the scene of the crash on Tuesday.

Reports suggest many of the injured are French or Italian.

Personnel from the US, Denmark, Germany, Belgium and the UK are also said to be stationed at the base. 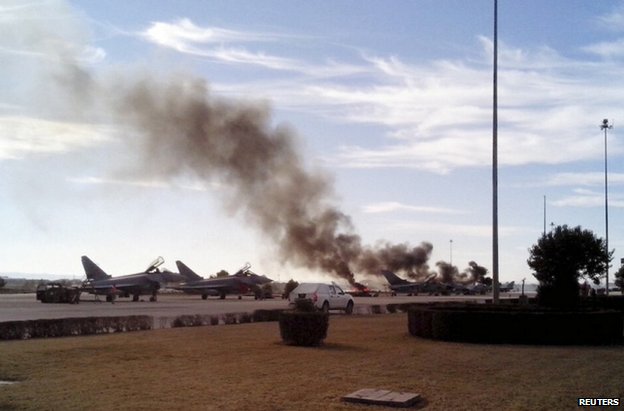 Both of the jet fighter's pilots were killed in the crash 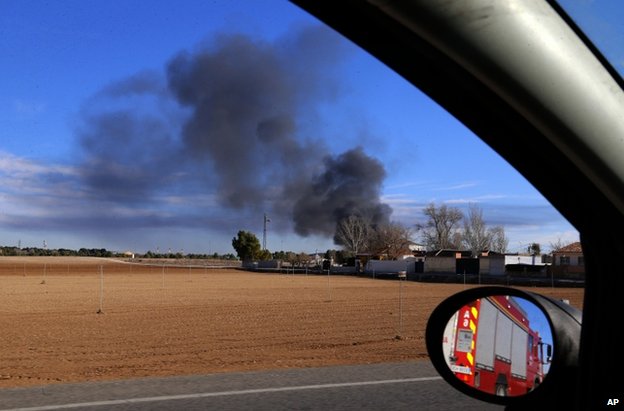 Emergency services rushed to the scene 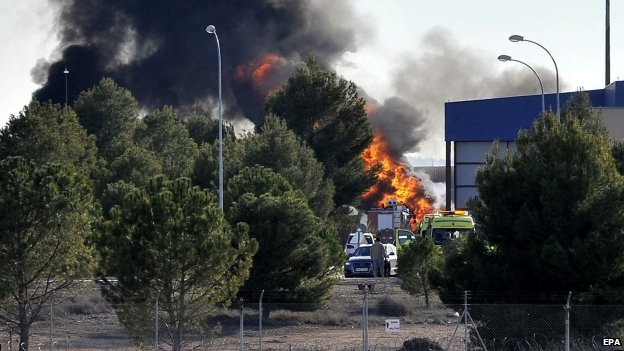 Personnel from different Nato states were using the base 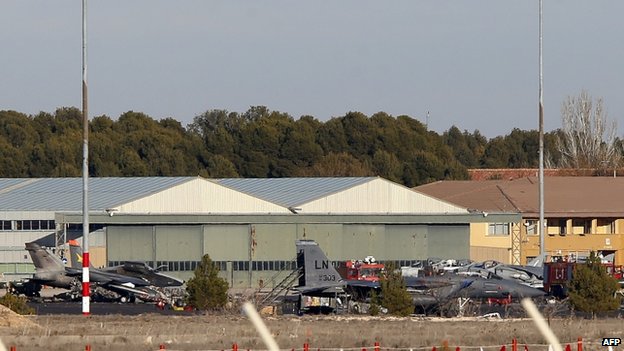 At least five other planes were damaged on the ground

Emergency crews extinguished the fire and were assessing how much damage had been done to other planes involved in the Nato exercise, the ministry added.

Aviation analyst Sean Maffett told BBC News Channel it was difficult to imagine how the accident had occurred because the runway where the aircraft was taking off is about 1,000 ft (305 m) away from where the crash apparently took place.

Nato Secretary General Jens Stoltenberg said that he was deeply saddened by the crash.

"This is a tragedy which affects the whole Nato family," he said. "I express my heartfelt condolences to the loved ones and the nations of those who lost their lives, and I wish a speedy recovery to the injured."

Spanish officials said the jet had been participating in a Nato training exercise called the Tactical Leadership Programme (TLP).

The TLP is not part of the Nato structure but is an organisation formed under an agreement between 10 Nato nations whose aim is to increase the effectiveness of allied air forces through the development of leadership skills.