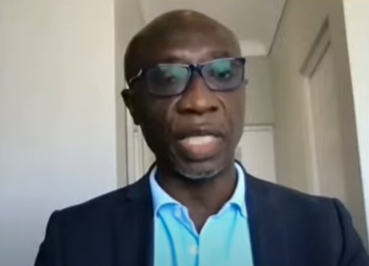 Associate Professor at the School of Law, University of Ghana, Professor Appiagyei-Atua says ECOWAS’ intervention in resolving the military takeover in Guinea come rather late.

Speaking on JoyNews Newsfile on Saturday, Professor Appiagyei-Atua noted that due to the support the military has received from the citizens who were displeased with Alpha Conde altering the constitution, it may be a challenge for Guinea to head back to democratic governance.

“We see ECOWAS trying to flex its muscles and indicating to the coup makers that they do not have a place in the democratic dispensation that ECOWAS wants Guinea to chart.

“That is where the problem is. In the first place, ECOWAS has come in late because if at the time Conde was behaving and dodging the constitution, they had been strict on him and ensured that the rules it has set in the sub-region, the ECOWAS supplementary protocols on democracy and governance and the AU instruments on ensuring democracy and governance in Africa, had been followed, we wouldn’t have been where we are today.”

His comments come at a time when the Economic Community of West African States (ECOWAS) has issued a 6-month ultimatum to the military led by Colonel Mamady Doumbouya to return the country to constitutional order.

The Authority of Heads of State and Government of ECOWAS, Chaired by President Akufo-Addo took the decision at the sub-regional body’s Extraordinary Summit held in Accra on Thursday.

President Akufo-Akufo, after the summit, travelled to Guinea to dialogue with the country’s military leaders on the fate of President Alpha Conde.

He is currently in Guinea together with the President of Côte d’Ivoire, Alassane Ouattara among others.

Interacting with host, Samson Lardy Anyenini, Professor Appiagyei-Atua stated that the military takeover was the only way to go since Alpha Conde, during his reign eliminated all processes to allow a democratic change.

“During the time of Conde, he reengineered the constitution, doctored it and introduced a third term, which led to some serious human rights violations taking place, and he going ahead to put in prison some politicians, clearly, it indicated that there was no other way for democratic change to occur in the country and so in my opinion, the military did the right thing by ensuring the overthrow of the regime.”

He nonetheless indicated that the military has served its purpose and should ensure the country is returned to a democratic state as demanded by the ECOWAS.

According to him, the military is to ensure the needs of the people are met, that is a new government, hence should pave way for a new democratic government after the coup.

“So after the dictatorship is overthrown, they leave the scene and allow democracy to return and they should have indicated to the people that this is what they were going to do. But as things stand, I think the military has finished its job. Any attempt for them to remain in power and to say that they are ensuring corruption is ruled out and so on, is not their job. They should prepare the ground and leave the scene,” he said.

However, he advised ECOWAS to take up negotiation mechanisms that do not aggravate the matter at hand.

This is because he said the sanctions meted against Guinea are harsh.

“They still have the military might to remain in power and if sanctions are applied in most cases, it is the people on the ground who will be affected. I think that it should have been a step by step approach to give them a little space, given them timelines that within a month people should be released from prison, within the next month, you think about whether a new constitution may be needed or they just amend the previous,” he added.

Travel and financial sanctions have been imposed on members of the junta and their families.

Meanwhile, Foreign Minister and Chairperson of the ECOWAS Council of Ministers, Shirley Ayorkor Botchway has disclosed that extensive engagement took place between the ECOWAS and the now-ousted Guinean President, Alpha Conde, before the September 5, coup d’etat

She noted that a delegation from the sub-regional body had extensive deliberation with the Guinean President during the amendment of the Guinean Constitution, which many consider as the basis for the Military takeover.