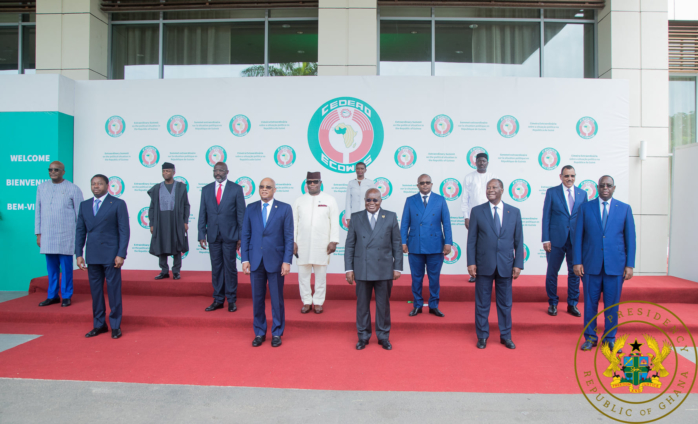 Security analyst Col. Festus Aboagye (Rtd) has expressed pessimism over some of the measures agreed at the ECOWAS Extraordinary meeting regarding Guinea’s September 5, coup.

According to him, the six-month ultimatum for the military junta to return the country to constitutional rule is not feasible.

“It’s not a very simple matter of throwing away the constitution that was reengineered by Condé, which served as the proximate cause for his overthrow and then restoring the former constitution, he said.

The event hosted in Accra on Thursday, also led to ECOWAS imposing a travel ban on the military leaders, their family members and supporters. The financial assets of members of the military junta have also been frozen.

The President of the ECOWAS Commission, Jean-Claude Kissie Brou, told the media after the Summit that the decisions of the sub-regional bloc will be communicated officially to the military rulers.

However, Col. Festus Aboagye believes that ECOWAS has missed the plot.

Speaking on the AM Show on Friday, he explained that specific arrangements after the best-case scenario of an ideal democracy will mean a stipulated period for political campaigns and a credible election.

On the back of this, the security analyst maintained that the target read out at the meeting in Accra, is too ambitious.

“We know what it takes to run elections in this country. You need to allow time for campaigning. There’s got to be a law on political parties. You need now to get the logistics and infrastructure in place. It’s possible that a new commissioner for elections is going to be appointed. Six months is not even optimistic,” he added.

He also expressed resentment about the attitude adopted towards conflict resolution, describing it as counter-productive.

“The attitude that the ECOWAS has adopted once again, is to sit in the capital of the chair and then read out demands on a state that has been overthrown. And that we have said is counter-productive,” he argued.

“This meeting in Accra yesterday should have now appointed a very high-level mission of diplomats to go back to Guinea to engage the leaders.”

Col. Aboagye believes it is not too late for ECOWAS to take the feasible steps to “right the wrongs that Condé effected on the state.”

The now-ousted President Condé, in October 2020, won a controversial third term after pushing through a new constitution in March 2020, which allowed him to sidestep the country’s two-term limit.

The 82-year-old’s bid for a third term was condemned by the opposition and described as an abuse of power.