Guineans will be fed up with military rule in less than 6 months – Prof. Aning 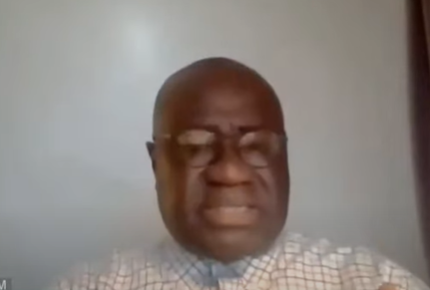 The Director of Faculty of Academic Affairs and Research at the Kofi Annan International Peacekeeping Training Centre (KAIPTC) is of the view that citizens in Guinea will, in less than six months call for democratic governance.

Prof. Kwesi Aning explained that although currently, the military has the support of the people, its immediate services will no longer be required by the citizens.

“If we look at the public reception of the ECOWAS delegation that went to Conakry, there were two things that we can learn from the videos we have seen. One, the people of Guinea are not in support of the sanctions and the timetable.

“Two, that there is popular Guinea support for the coup. I don’t give the military regime more than 6 to 12 months because the public support will begin to shift for a much more inclusive governance and return to democracy,” he said.

Speaking on JoyNews‘ Newsfile on Saturday, Prof. Aning noted that the military may not want to leave power because of the deficiencies of the Economic Community of West African State (ECOWAS), which is supposed to ensure strict adherence to democratic governance in the sub-region.

“Guinea is unfortunate but it is not altogether surprising. The military will not leave. Why should they? Those who ought to have implemented and ensured that the rules that we have all voluntarily signed onto would be complied with, did not. No single ECOWAS member state has been intimidated by its members to sign on to any of the protocols on democracy and governance and conflict prevention.

“We need to accept that the elite consensus that has been built around shared values, shared norms, corporative behaviour does not work first because the Commission has failed to play the role of a supernational commission capable of using multiple instruments at its disposal to bring about behavioural change.”

ECOWAS has issued a 6-month ultimatum for constitutional order to be restored in Guinea. President Akufo-Addo together with other heads of state are currently in Guinea dialoguing with the military junta for the release of Alpha Conde.

Interacting with Samson Lardy Anyenini, Prof. Kwesi Aning was insistent that the public not being informed of interactions by ECOWAS with Alpha Conde before the takeover dents the credibility of the Commission.

“I don’t buy this expo-facto argument that we engaged him. So why didn’t you tell us when you were engaging him? Because right now, it is about credibility. The credibility of the whole institution is presently at stake.

“What we are seeing now is a retrogression of what ECOWAS has been doing from 1980. If you look at ECOWAS’ intervention and response mechanism to unconstitutional change of government, you will notice that over time, particularly since 2000, that there has been more of a softening of ECOWAS’ position. It allows the crisis to happen and then there is always a 6 to 24 months transitional rule.”

On the way forward, he urged the ECOWAS to strengthen its enforcement regime to bring about behavioural change since sanctions won’t bring about the change it requires.

“So the real question becomes how can we intervene in a manner that brings about behavioural change? Sanctions themselves will not do it. Autocratic regimes are usually able to resist sanctions more effectively. Particularly, Guinea’s case is very instructive. Guinea is not a small country. It has more than 60 per cent of some of the world’s natural resources necessary for fueling China’s industrialization process,” he concluded.