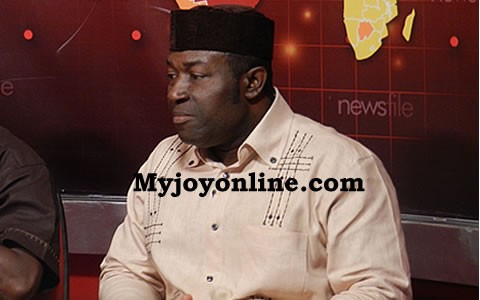 Former New Patriotic Party (NPP) Member of Parliament for Okaikoi South, Nana Akomea is skeptical about government’s ability to solving what he says is the unbridled hardships in the country.

According to him, nothing seems to be working and the socio-economic conditions in the country have moved from bad to worse.

Nana Akomea made the comment on Asempa FM’s Ekosii Sen programme Monday, while discussing the energy crisis in the country.

The Electricity Company of Ghana (ECG) has announced that the indefinite nationwide load shedding exercise will start on Wednesday March 19, 2014.

The latest power crisis is as a result of a shortage in the supply of gas from Nigeria to power energy plants in Aboadze.

The Energy Ministry in a statement has offered an unqualified apology to Ghanaians for the latest load shedding and promised to resolve the crisis “by the earliest possible date”.

But Nana Akomea said he is not surprised about the development because the Mahama-led administration failed to think outside the box.

According to him, since Ghana’s electricity has not been stable for about two years, “I expected government to have taken some proactive measures to avert plunging the entire country into darkness but as usual it waited for the problem to get out of hand”.

The former Okaikoi South MP could not fathom why government, knowing the difficulties in getting gas, did not switch to solar.

Citing the cedi depreciation, declining economy and the non-payment of statutory funds which are in arrears, the NPP MP said he is convinced the Mahama-led administration has been cursed.

“Has this government been cursed? Nothing seems to be working and anything they touch gets out of hand” he bemoaned.

Nana Akomea said the only way out of this mess is for government to quit the propaganda and focus on solving the bread and butter issues confronting Ghanaians.