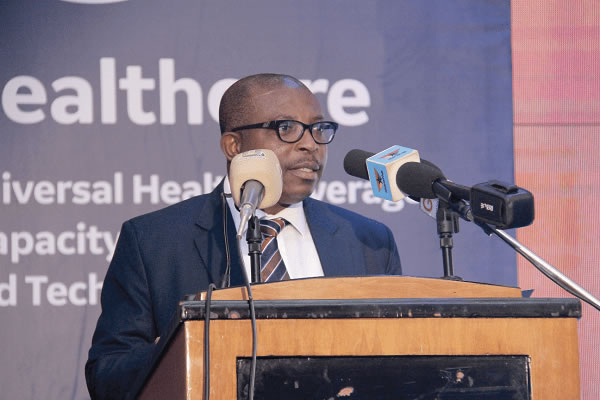 A Deputy Minister of Health (MoH) has hinted the Ministry’s intention to set up a Health Intelligence Unit to regulate the sale of fake pharmaceutical products.

Alexander K. Abban said the Unit would be a collaboration of the National Security Ministry, Ministry of Finance and the MoH and would pick intelligence on the infiltration of fake and substandard medicines on the market.

Mr Abban also advised the media to seek verification on the advertisement of products from the Food and Drugs Authority before they aired or published in the public domain.

The Deputy Minister said this at the launch of the “World Pharmacist Day” held in Accra on the theme: “Safe and Effective Medicines for All.”

He urged pharmacists to put in their maximum effort to address the health need of every citizen, adding that, every practitioner should make sure that no patient who was prescribed medications left the facility without seeing the pharmacist.

“A lot of harm has been done to patients as a result of not having accurate advice on how to take their medications. Indeed, no patient must be harmed while seeking care,” he said.

Ms Yvonne Yirenkyiwaa Esseku, Vice President of the Pharmaceutical Society of Ghana (PSGH), said Pharmacists were the most qualified and competently placed professionals to ensure effective dispensing of medicines in all health care facilities and called for the need for government to incorporate Community Pharmacists within the broader health care system.

She said they had the potential to not only contribute to improving patients’ outcomes through safe and effective use of drugs and also helped to reduce the cost of health care by resolving medicine-related problems and promote public health issues.

Madam Esseku said there was the need for government to strategically invest in the local pharmaceutical manufacturing space to ensure the long term security of making medicines available and accessible to Ghanaians.

She called on government to consider expanding the list of other molecules and some essential medicines with particular emphasis on generic medicines for which more than five local manufacturers had the capacity to produce.

Madam Jocelyn Azeez, Director of Pharmaceutical Services, MoH, said the Day was born out of the International Pharmaceutical Federation’s initiative to celebrate globally the Profession on September 25, every year.

She said over the years the role of Pharmacists had evolved from that of a provider of medicines to a care giver, adding that, they had a vital role to play in the outcome of pharmacological therapies and ultimately strive to improve patient’s quality of life.

The society called on the general public to take responsibility for their health by insisting that issues relating to the use of medicines were addressed by pharmacists.