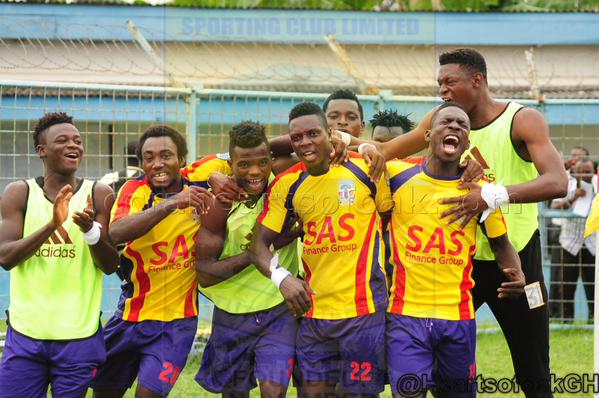 A goal in each half settled the day for the Phobians who dominated their Nigerian counterparts for large portions of the game.

The Phobians took the lead in the 35th minute through new signing Samudeen Ibrahim who found the back of the net with a half volley from outside the area on his Hearts debut.

The fleet footed midfielder is expected to add much creativity to the Phobian team in the upcoming season.

After recess, Ifeanyi Ubah mounted pressure on Hearts but the backline led by captain Reuben Gnagne curtailed the onslaught by the Nigerians.

Winger Thomas Abbey settled the game with a finish in the 75th minute to give Hearts of Oak the needed respite.

For Hearts coach Kenichi Yatsuhashi, this victory might provide his team the needed platform to excel in the league.

It might be early days yet but the Phobians have consistently improved under the Japanese American match by match.