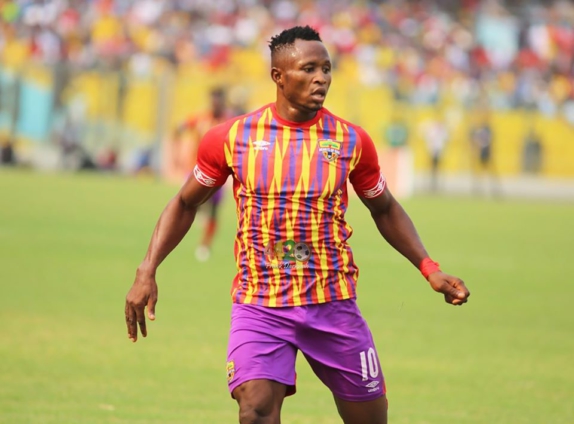 The 23-year-old, together with four others, ended his stint with the 19-time Ghana Premier League (GPL) champions on Friday.

According to a publication by the club, the quintet decided against renewing their expired contracts.

“Joseph Esso opted for only a one-year contract extension contrary to what Hearts were requesting for. His demands caused our decision to part ways with him,” Addo told Sikka FM.

“I’m grateful to Hearts of Oak for the opportunity given to me,” Bonney, who joined Hearts as a free agent in 2018, has told Connect FM.

“As a player, if you spend even a single day at a club, you need to be grateful to them. I spent three years at Hearts and they paid me salaries and bonuses during that process. I can only thank and appreciate them.

“Hearts wanted to extend my contract after the 2019 NC tournament but I told them to hold on.

“I would have signed for Inter Allies if the league was in progress but now that it is halted and we don’t know when play will resume, clubs are not signing.”

The Phobians are putting their house in order in anticipation of the commencement of a new Ghana football season in October.

“I had a call from the management of Hearts of Oak and when I met them, they started thanking me for my service, so it was a clear indication that my service was not needed anymore,” Agyare told Vision 1 FM on his situation.

“I wished to continue with Hearts but that’s the end of the road for me. I feel a bit of pain because I had an accident and stayed away for a while but I still showed commitment and love when I returned.

“I want to thank all Phobians for the love and support they showed me during my time and I plead they continue, even as I’m not part of them anymore as a player. I thank the management for the opportunity they gave me at Accra Hearts of Oak.

“I have no problem with the management and all monies have been paid to me.”

The centre-back joined the Phobians from Heart of Lions in 2018.